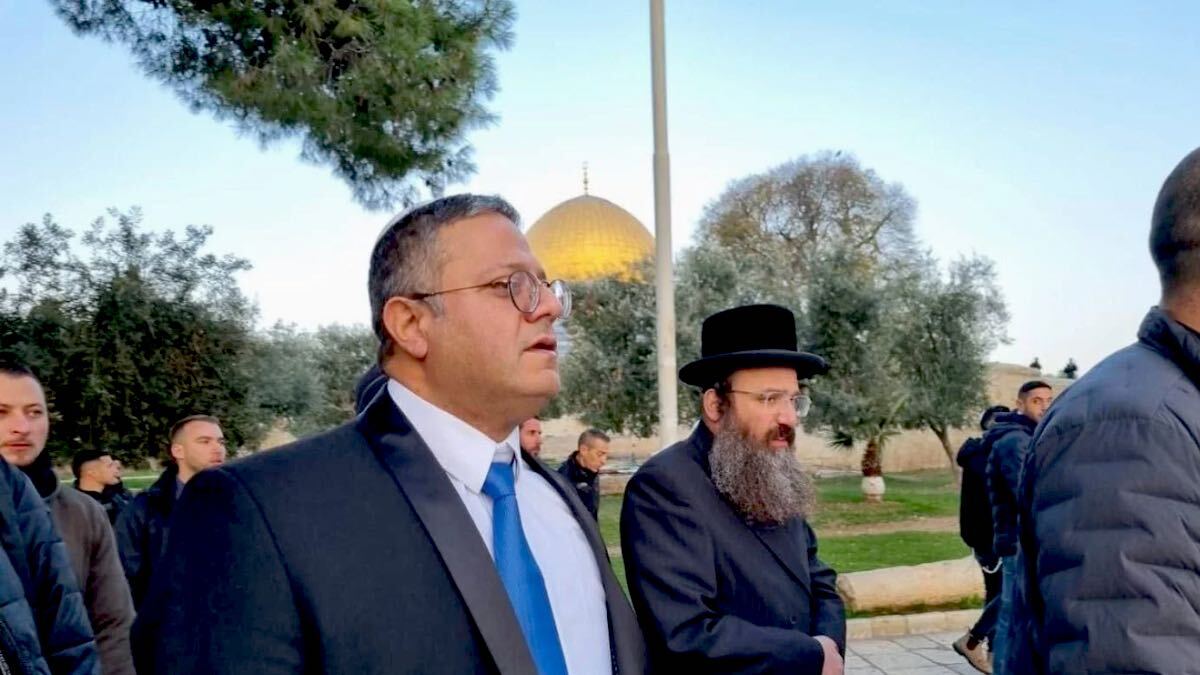 The National Security Minister of Israel, Ben Gvir, is well known politician in Israel and recently appointed as minister when the Prime Minister Benjamin started working. Yesterday he made a visit to Holy Mosque Al-Aqsa, third Holy place for Muslims in Islam.

He visited the mosque around for 15 minutes and also offered Jewish special prayer at the mosque. The violence and brutal killing going on in Palestine from past five years also resulted because of Israeli Leader, Areil Sheron visit to Al-Aqsa.

Read more | Govt vows to stand firm on its stance on Kashmir, Palestine

Muslims from around the world condemn this visit and consider it as the violation and disrespect of their Holy place. The Organization of Islamic Cooperation (OIC) have strongly opposed this visit. The visit is directly a violation to Muslim’s beliefs and seriously a threat to safety of Muslims Holy places.

The Arab league Secretary Ahmad Abdul Ghait strongly condemned this visit by saying that this visit is a direct attack to Muslim’s first Qibla. The feeling of all Muslims around the world got hurt by this act of Israeli National security Secretary.

The United Arab Emirates (UAE) and China asked the UN security council to set up a meeting with Muslim world and solve this conflicting situation without any waste of time.