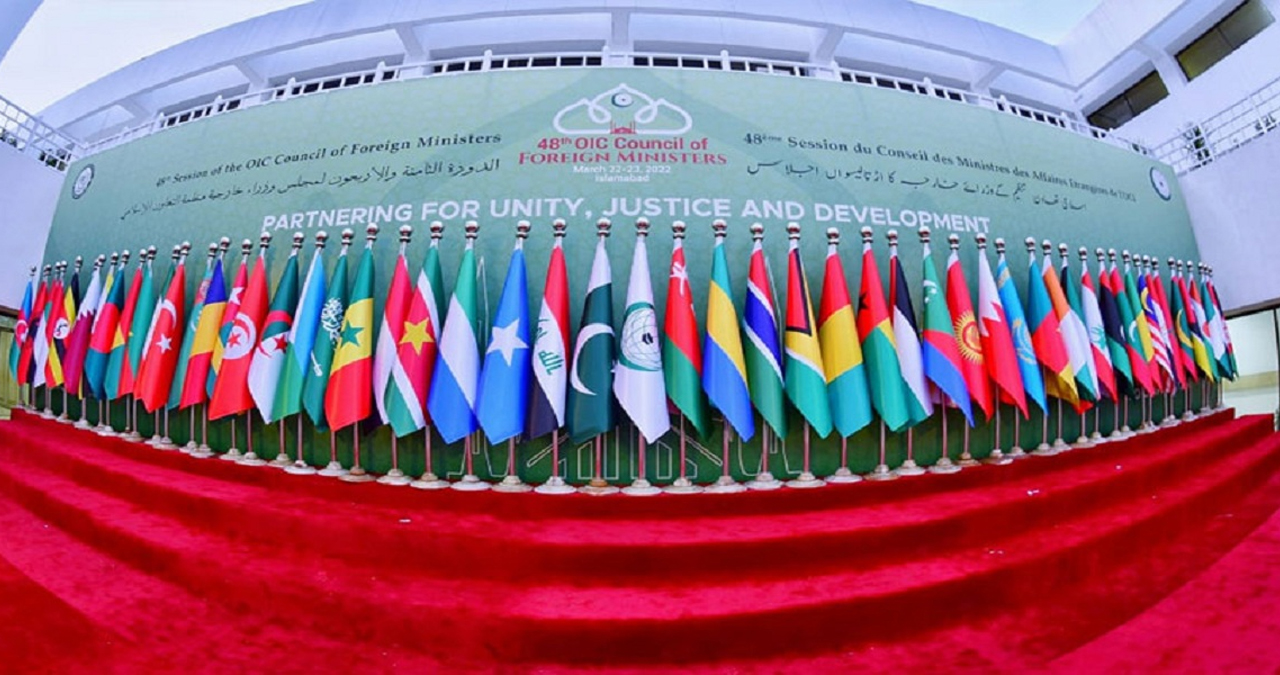 The OIC member states took note of an Indian missile that landed inside Pakistan and expressed their grave concern over the violation of Pakistan’s territory.

The misfired Indian missile threatened some of Pakistan’s passenger aircrafts and endangered the peace and security in South Asia on March 9, 2022.

The 48th session of the OIC Council of Foreign Ministers Conference concluded in Islamabad on Wednesday.

The conference was grounded in faithful adherence to principles of equity and justice, territorial integrity, sovereign equality, and non-interference in the affairs of states.

The conference was convened with the theme of “Partnering for Justice, Unity, and Development,” and it reiterated solidarity with Somalia, Sudan, Côte d’Ivoire, Mali, Afghanistan, Union of Comoros, Djibouti, and Herzegovina, the People of Jammu and Kashmir, Bosnia, and the Turkish Cypriots.

Jammu and Kashmir were also focused upon in the conference of the OIC member states, who renewed their unwavering solidarity with the oppressed people of Jammu and Kashmir and extended full support for their inalienable human rights.

The OIC moot called for the return of Afghanistan’s frozen national assets, as early access to its monetary resources is critical in stopping an economic meltdown and exacerbating the humanitarian situation.

The moot pointed out that stability and sustainable peace in Afghanistan could only be assured through the formation of a broad-based, comprehensive, and inclusive government with the participation of all ethnicities residing in Afghanistan.

The huddle underlined the importance of respect for the human rights of all Afghans – including those belonging to religious, ethnic, and cultural minorities.

The OIC member states denounced the widespread and systematic policy of discrimination against Muslims in India.

Itikaf to resume in Two Holy Mosques this year

Saba Qamar claims to have refused a film with Deepika Padukone