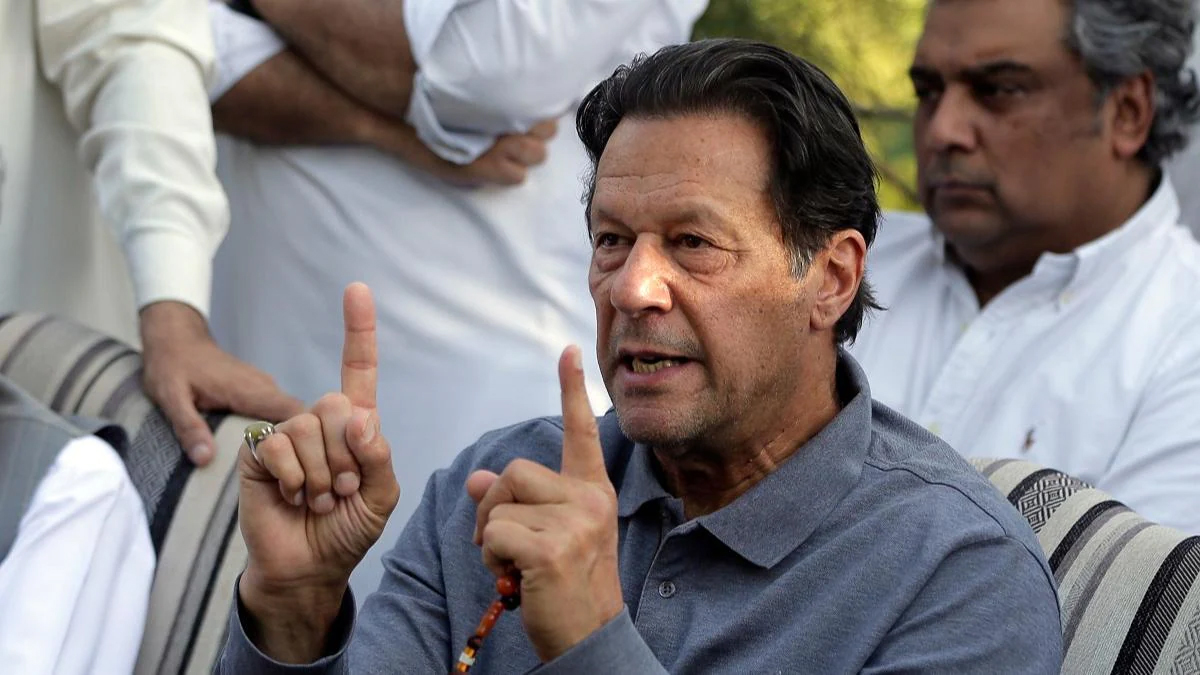 Former premier and Pakistan Tehreek-i-Insaf chairman Imran Khan on Tuesday said the government was working to arrest him in a bid to break the momentum of the ongoing movement against the current regime.

Speaking at the lawyers’ convention in Islamabad, Khan said the government found his arrest the sole way to curb the current agitation.

“It is the lawyers’ responsibility to take a stand for the rule of law,” he said. Khan added that those facing allegations of corruption to the tune of Rs16 billion had taken primary seats in the administration.

Khan said if the Arab world could ensure a stand against India over the blasphemous remarks, why could Pakistan resort to a strong stance?

Sharif Family has Business With India

“The Sharif family should cut its business ties with India,” he added.

Khan lashed out at the Election Commission of Pakistan

The former premier lashed out at the Election Commission of Pakistan, alleging that it was trying to protect Hamza Shehbaz, which was why it was trying to fill the reserved seats after the by-elections.

“The PML-N wants to win the by-polls through rigging as it cannot win them in a transparent manner. I would say that wherever they go, people will call them with two names — traitors and thieves,” he said.

Read Also | Zardari in Punjab to sort rifts with PML-N

Khan said his party’s government had put Pakistan on the right track and its GDP had been increasing at the rate of over five pc per year.

“Wapda used to float bonds but ever since retired Lt-Gen Muzammil Hussain was forced to resign, the authority’s rating has become negative due to which it cannot take loans to build dams,” Khan said.

In another development, the PTI announced will be holding an intra-party election on Wednesday (today).

Party Chairman Will be Elected by National Council

According to Jamal Ansari, the party’s chief election commissioner, the national council will elect the party chairman and members of the provincial and federal governing bodies.

Zardari in Punjab to sort rifts with PML-N