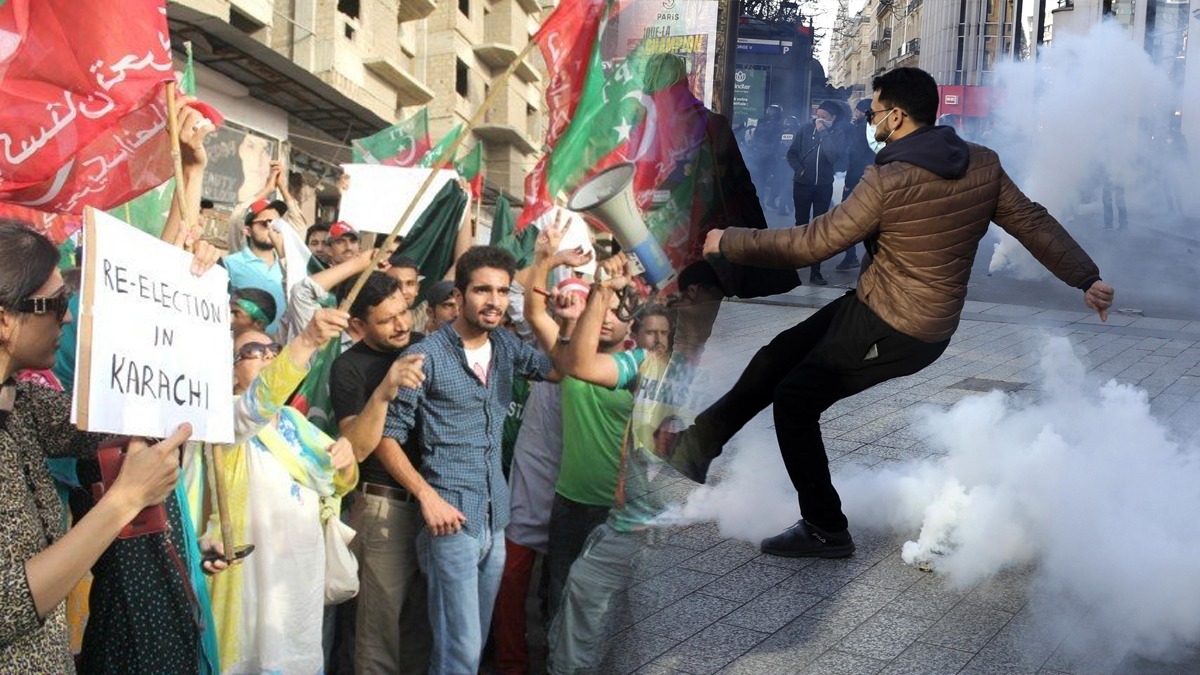 Political tensions are at an all-time high with all eyes on Islamabad. The city is bracing itself for the arrival of PTI leaders and workers heading for the party’s Azadi March despite the government’s instructions not to.

The day has been filled with political drama so far. Lahore turned into a battleground as scuffles took place at multiple points between the police and PTI marchers as the latter wriggled out of the barricades placed in their way.

The government has given instructions to ensure “all possible measures” to stop the PTI’s ‘Azadi March’, and law enforcement is on high alert. PTI Chairman Imran Khan is leading the march, saying it will be the “biggest” in Pakistan’s political history. On the other hand, Interior Minister Rana Sanaullah will address the public shortly over the ongoing situation.

In a bid to restrain Lahore’s rally from entering Islamabad, the police tried to arrest ex-energy minister Hammad Azhar; however, party workers saved him.

The police authorities managed to disperse the workers with the help of tear gas.

Azhar wrote on his Twitter handle: “Heavy shelling on our rally near Kala Shah Kaku. We will InshAllah overcome this obstacle too.”

The PTI leader said failed attempts were being locked for his arrest. He also said that the police had abused the workers, and hundreds of shells had been fired.

Amid the clashes in the capital, Interior Minister Rana Sanaullah ordered the Islamabad police and administration to allow all government employees on duty to enter Islamabad. Meanwhile, he said media persons shouldn’t be stopped, and all routes heading towards hospitals should stay open.

The interior minister tweeted that he would be addressing a press conference shortly to apprise the nation of the ongoing situation.