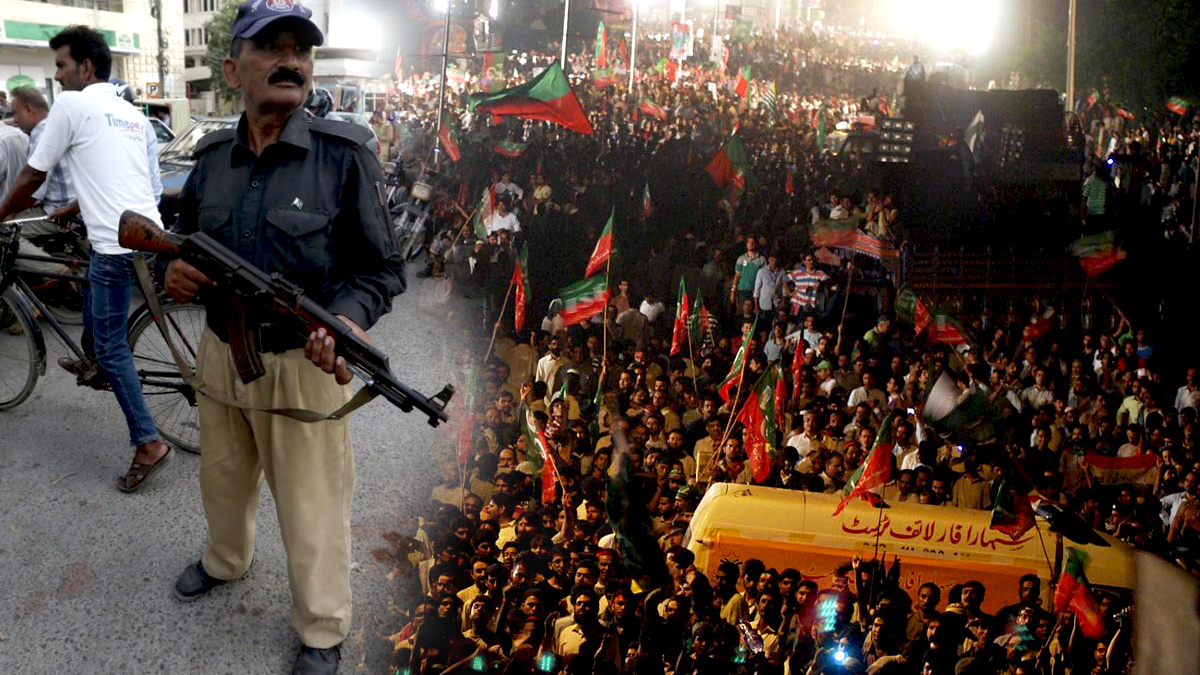 The crackdown has been initiated against Pakistan Tehreek-e-Insaf (PTI) leadership across Punjab before its “Azadi March,” slated for May 25 (tomorrow).

According to media reports, the raids were conducted at houses of various PTI leaders, including former energy minister Hammad Azhar, Babar Awan, Senator Waleed Iqbal, Usman Dar, and Firdous Ashiq Awan, and others.

The development came hours after PTI’s Senior Vice President Fawad Chaudhry warned the government against resorting to force to stop the “Azadi March.”

Earlier, it was learned that the federal government had decided to fail Pakistan Tehreek-e-Insaf’s (PTI) march towards Islamabad.

PTI leader Farrukh Habib, in a video message in response to the crackdown, said that the ‘imported government’ had lost its senses. “Such acts would not be able to stop the Azadi March,” he added.

The federal government, on the other hand, has devised a strict security plan to stop the marchers of Pakistan Tehreek-e-Insaf during Islamabad’s long march on May 25.

Under the security plan, 22,000 security officials will be deployed at different points of the route. The Islamabad administration also summoned additional contingents from other provinces.

More than 2,000 Frontier Constabulary personnel were summoned by the Islamabad administration, whereas the authorities asked for the deployment of 2,000 Anti-Riot personnel and 8,000 Punjab Constabulary officials to deal with the PTI protests.

Taking up the PTI’s petition against the countrywide crackdown and detentions of its activists before its Azadi March, the Islamabad High Court (IHC) remarked that the court could not issue an order based on concerns or fear.

4 eatables to help you build muscle while sleeping