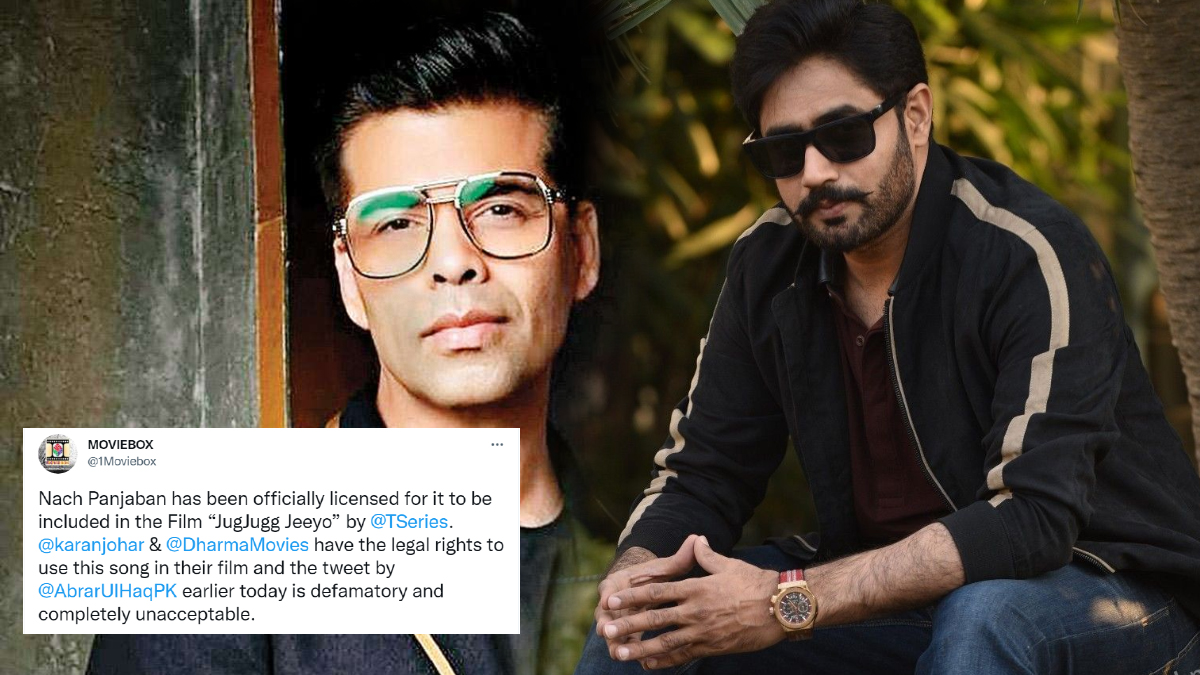 Indian record label ‘Music Box’ has reacted to singer Abrar Ul Haq’s claim that he has not sold Nach Punjaban to the Bollywood film Jug Jugg Jeeyo. Movie Box said Tuesday that the singer’s tweet was “defamatory and completely unacceptable.”

Refuting the allegations, Movie Box claimed that the classic Pakistani song had been “officially licensed” to be featured in the family drama. “Karan Johar & Dharma Movies have the legal rights to use this song in their film and the tweet by Abrar Ul Haq earlier today is defamatory and completely unacceptable. Nach Panjaban has been officially licensed for it to be included in the Film Jug Jugg Jeeyo by TSeries.”

The singer dropped another tweet asking for a legal agreement, saying that the song has not been licensed to “anyone” as he repeated his threat of taking legal action.

“Song ‘Nach Punjaban’ has not been licensed to anyone. If someone is claiming it, then produce the agreement. I will be taking legal action,” Abrar said in his tweet.

Record label T-Series issued a statement on the matter, “We have legally acquired the rights to adapt the song Nach Punjaban from the album Nach Punjaban released on iTunes on 1st January, 2002 and is also available on Lollywood Classics’ YouTube channel, owned and operated by Moviebox Records Label, for the film Jug Jugg Jeeyo produced by Dharma Productions.”

“All due credits shall be included across all platforms when song releases,” the statement said. “As represented by Moviebox Records Labels the said song copyrights exclusively vest with Moviebox only with all valid documents.”

The matter started after the filmmakers unveiled the trailer of the film, which teased the Nach Punjaban song. After the Raj Mehta directorial’s teaser was uploaded, Haq took to the social media site and said that producers like Karan Johar should avoid copying songs.