Imran Should Pay For ‘US Plot’ Allegations: Lawmakers 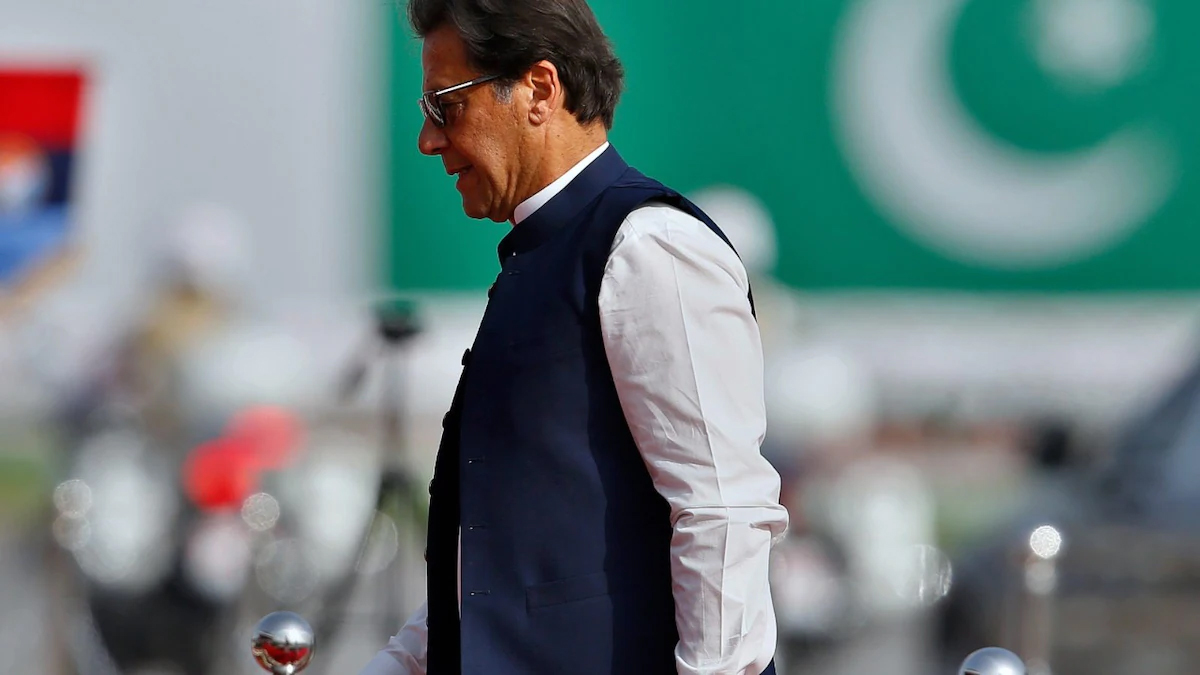 Imran Khan was criticised by Treasury members, including two federal ministers, in the National Assembly on Monday for “taking a U-turn on the cypher issue,” saying that the former premier would have to pay a “political price” for his “lies and false narrative” about the US-backed conspiracy to install a new government.

The government members criticised the PTI chairman for using his public statements to turn the selection of the army chief into “street gossip” and for making long, biassed speeches on points of order during the lacklustre sessions.

“No, it isn’t over yet,” Defense Minister Khawaja Asif addressed Mr. Imran Khan and stated, “The time has come to grab you from the collar… you will have to pay the political price for messing with the honour and pride of the nation.”

The outburst occurred the day after Mr. Khan’s interview with the Financial Times, which was reported to have been published in the British newspaper. In the interview, Mr. Khan reportedly stated that he no longer “blames” the US government for his ouster in April and that he desired a “dignified” relationship between Washington and Islamabad.

Regarding the US’s suspected involvement in the conspiracy, Mr. Khan was reported in the newspaper as saying, “As far as I’m concerned, it is over, it’s behind me.”

The former premier’s comments were unexpected because Mr. Khan has been fighting against the supposed US conspiracy ever since he was deposed.

By citing a cypher that the then-ambassador of Pakistan to the US had submitted to the Foreign Office following a meeting with Assistant Secretary of State Donald Lu, he provided support for his story.

“He [Imran] should not be allowed to get off scot-free,” the defence minister declared. “He must pay the price in accordance with the law and the Constitution.”

“You cannot just run away by giving an interview to a British publication and beginning efforts to heal relations with the US through appeasement.”

He claimed Mr. Khan had engaged someone at a salary of $25,000 to lobby on his behalf in the US. The minister claimed that Mr. Khan “buried” his claim of “imported governance,” which was the foundation of his protest campaign and lengthy march.

The minister recalled how the PTI leader had “embarrassed” the entire nation with his accusations against the US and then wanted the people to forget about that story, which had harmed Pakistan’s relations with other countries.

Mr. Asif claimed that Mr. Khan, who was known for doing U-turns, did not stick to his words for more than a few weeks or months. He called the PTI leader’s most recent speech a “warning for the entire population,” especially those who still had faith “in this fraudster.”

While criticising Mr. Khan for what he claimed was the political victimisation of his rivals under the PTI administration, he claimed that the PTI leader had previously given the director general of Inter-Service Intelligence (ISI) direct orders to imprison his rivals.

Mr. Latif charged Mr. Khan of making the selection of the army chief controversial, something he claimed had never occurred in the nation’s 75-year history.

Additionally, he voiced his surprise at another alleged statement made by Mr. Khan, according to which the Pakistani military institutions were not independent. He insisted that the house pay attention to such utterances and cited Pakistan as a nuclear power in his argument.

“When he [Imran] was in power, he used to assert that they are on the same page,” noting that Mr. Khan was receiving backing from the organisations even during votes on important legislation at the time.

He claimed that when Mr. Khan was in charge, he used to extort organisations like the National Accountability Bureau.

He continued, “He [Imran] is employing the same political gimmicks, holding demonstrations and sit-ins all across the country, even though he is no longer in the government.”

The minister, who has no official responsibilities, then questioned why the federal government was doing nothing to punish the PTI chairman despite the fact that the “institution [army]” had itself requested that it file a lawsuit against him for falsely accusing the institutions of anything.

“Why is the federal government’s power restricted? One individual is constantly speaking, and he should be silenced,” Mr. Latif said, expressing concern that Mr. Khan would further damage Pakistan’s reputation abroad if he was not held responsible.

Pakistan to Get Climate Disaster Funding