Pakistan to Get Climate Disaster Funding 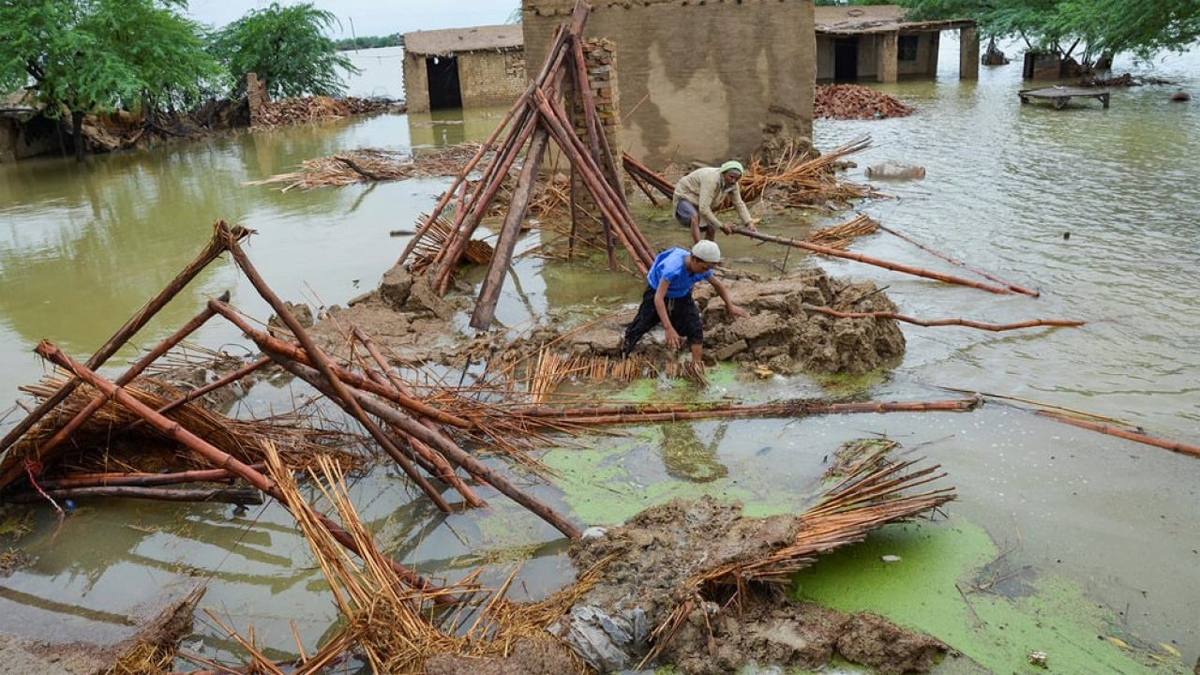 The first recipients of “Global Shield” funds will be Pakistan and six other countries facing climate concerns, which are referred to as “pathfinder countries,” it was announced on Monday at the COP27 session in Egypt.

The Vulnerable 20 Group of Finance Ministers (V20) of 58 climate-vulnerable economies and the Group of Seven named Bangladesh, Costa Rica, Fiji, Ghana, the Philippines, and Senegal as the additional recipients of the package.

The pre-arranged financial support programme known as “Global Shield” has been designed to be promptly implemented in the event of a climate calamity.

The Global Shield will begin its implementation right after COP27, according to a joint press release from the V20, G7, and the German Ministry of Economic Cooperation and Development.

Initial donations from other nations total about 170 million euros. Donor contributions are anticipated to continue soon.

This is a ground-breaking endeavour, said Ken Ofori-Atta, the finance minister of Ghana and V20 chair. He expressed the optimism that the pre-existing structures, whose performance has yet to be established, will gain from the funding window.

He noted that “our fiscal space is constantly under risk and the inflationary pressures of climate change are narrowing our options.”

Read More | Who Will Be The Next Army Chief?

Statements by the German Minister at COP27

German Federal Development Minister Svenja Schulze stated that Germany was committed to upholding its obligation to assist governments and vulnerable individuals in coping with loss and harm.

The Global Shield, according to Ofori-Atta, was long overdue. It has never been a question of ‘who pays for loss and damage’ since we are all responsible for paying for it: our economies via lost growth opportunities, our businesses through business disruption, and our communities through the loss of lives and livelihoods.

We sincerely hope that the Global Shield will have an impact on all communities, especially the most vulnerable ones, as well as assist close the funding gaps that currently prevent effective climate action.

The Global Shield will be crucial in providing funding for financial and social protection packages “to defend our economy, our firms, and our communities” as part of the “climate prosperity strategy” to close the 98% financial protection sinkhole, the minister said.

98 percent of the almost 1.5 billion people living in V20 countries do not have financial protection, according to recent data. This is a huge problem for these nations, whose population is primarily employed by small and medium-sized businesses.

This study shows that climate changes have cost the V20 countries a total of $525 billion since 2000.

In response to the V20’s appeal, the G7 has pledged to step up action and support on loss and damage while also working toward a “Global Shield against Climate Risks,” according to German Minister Schulze.

Schulze asserted that Germany was committed to upholding its obligation to assist disadvantaged and vulnerable individuals as well as nations in coping with loss and destruction.

“This launch sends a message that we are responding to the urgency. Even in trying situations, our goal is to get past disagreements. Germany aspires to be a bridge-builder,” according to Schulze.

Imran Should Pay For ‘US Plot’ Allegations: Lawmakers