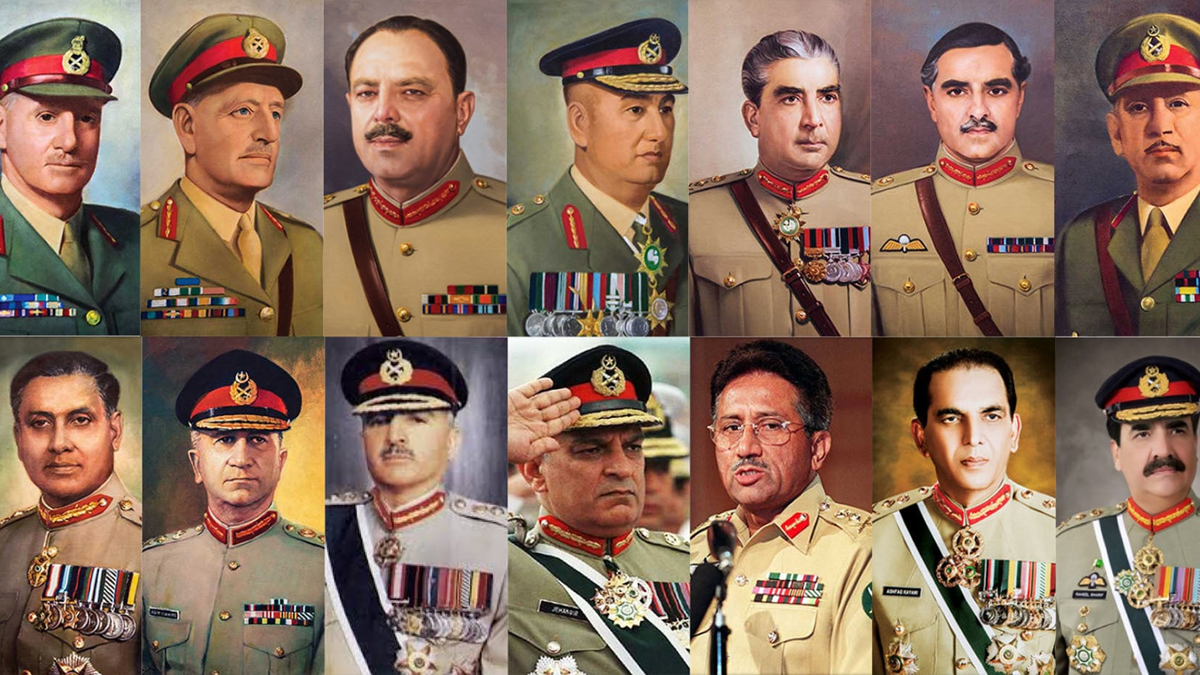 The issue of the crucial selection of the next army chief appears to be in an impasse as the end of November draws nearer and nearer.

If the government cannot agree with the army on the institution’s choice, it will need to revisit the issue and change its position due to entrenched preferences on either side.

Challenges For the Next Army Chief

According to reliable sources, the next chief faces an unprecedented challenge: damage control, despite the fact that all five or six senior officers who are eligible for this position are capable and qualified.

Without a question, the institution’s reputation has suffered as a result of the events of the past few years, particularly those of the past few months. The army’s involvement in politics is hardly a secret, but recent events, such as the press conference presided over by the current ISI DG, and the revelation that the head had a late-night meeting with Imran Khan, have further complicated matters.

The stakes have been raised by Gen. Bajwa’s own assertion that the army will also be politically impartial.

Both parties are anxious to reach the best conclusion in light of the situation and the fact that the public is beginning to doubt the military’s involvement in politics in the country. Both parties desire a chief who will “extricate himself” from the political and economic mud and less controversy.

Grouping Within the Army

Despite the fact that all eligible officers are equally qualified, according to sources, the situation has been made much more difficult because some of them are seen as belonging to a particular group.

For instance, Lt Gen Asim Munir is thought to be Nawaz’s favourite, notwithstanding the assertion of a senior N-League member that “he may have no affection for the Sharifs.”

Unfortunately, perception is now more important than fact in this game, and both sides have already fallen too far down the perceived rabbit hole.

The source claimed that there is a perception that one candidate is “his man” or “their man,” which has brought to unwarranted conflict.

Despite being a highly qualified candidate with an amazing resume, Lt. Gen. Sahir Shamshad Mirza, Commander of 10 Corps, is thought to be favouring Mr. Khan by the institution. However, the army does not want any individuals who have political affiliations.

Gen. Sahir may be a great candidate because he has held all the ideal army officer posts imaginable, but perception is clouding everything, once more.

In terms of labels, Lt Gen Nauman Mehmood and Lt Gen Mohammad Amir are seen as “very inflexible” and “biassed to the PPP,” respectively, which, according to insiders, may rule them out.

The commander of the Bahawalpur Corps, Gen. Faiz Hamid, is also no stranger to controversy; he was publically criticised by the PDM and is widely seen as Mr. Khan’s favourite, a claim Mr. Khan rejected to Dawn a few weeks ago, though he did add that they had a strong working relationship.

There must be a third choice by November 29 if this situation continues and the two sides are unable to come to terms around one man.

The third option, Gen Azhar, is now taking shape. He reportedly speaks very little, and nobody on our side truly knows him, but he is regarded as quite professional and intelligent, according to the reports.

There is a growing suspicion that Gen. Azhar, Chief of General Staff (CGS), will be chosen merely because other candidates will be dropped, despite the fact that no labels have been linked to him (yet).

According to the sources, “all of them can operationally run the army, but getting the institution out of this muck is the bigger challenge.”

Ironically, PML-N is still under a lot of strain as a result of this choice even though Mr. Khan doesn’t hold back when publicly criticising the army.

“The reality is that reality no longer matters. Perception is important,” the sources continued.

On the basis of qualifications, each applicant is more than capable of taking on the role of army commander. However, perceptions have complicated this appointment beyond any reasonable doubt.

Things will become more hazy and the impasse will continue if the two parties cannot come to an understanding.