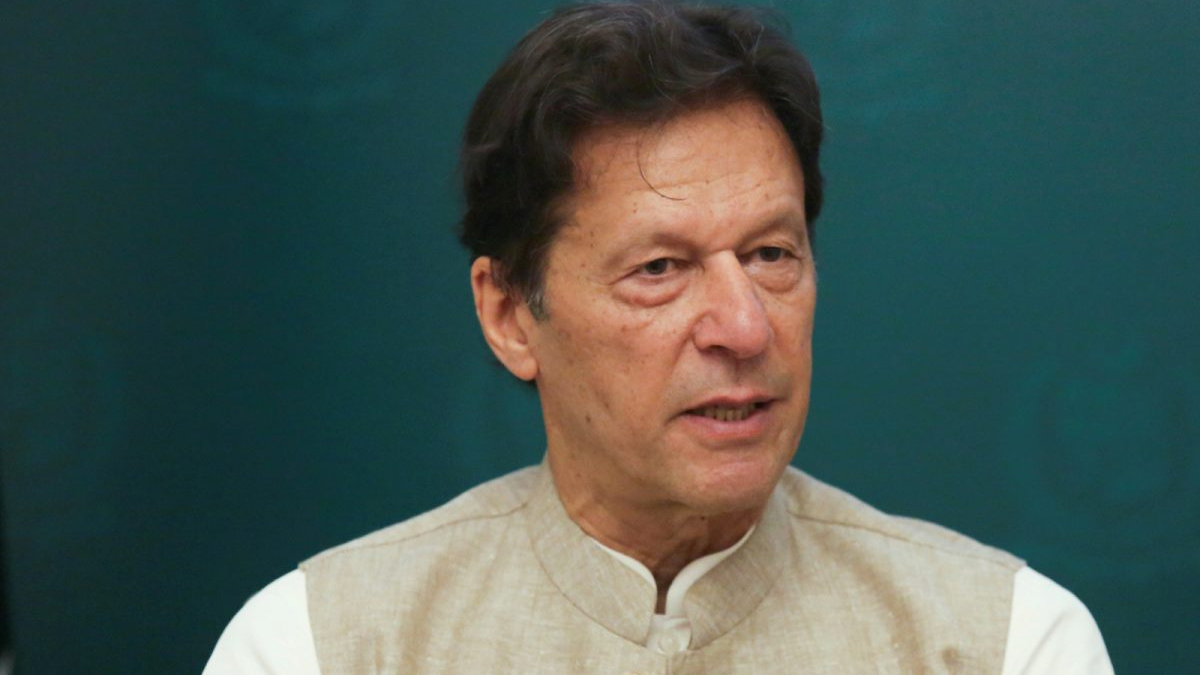 Imran Khan stated on Sunday that he no longer “blames” the US government for his ouster.

The PTI leader has consistently campaigned under the slogan that a foreign plot led to his dismissal from office and that the US government was behind it ever since he was ousted through a vote of no confidence. As a result, the words came as a surprise.

Speaking to numerous groups of party members via video link from his home in Lahore, Mr. Khan took aim at the senior Sharif and said that he was avoiding the polls out of fear of losing to PTI.

“The fact that a person who was found guilty by the Supreme Court is set to make decisions concerning Pakistan’s future, including the selection of a new army chief, is a cause for serious concern for the whole Pakistani country,” he continued.

“Those who were appointed through the’regime change conspiracy’ are avoiding holding elections because they know they would lose [against me] and won’t be able to save their corruption and looted money,” he asserted.

Mr. Khan claimed that although the “regime change experiment” had failed, the “handlers and facilitators” were still refusing to acknowledge their error. In order to ensure that their stolen money was protected at all means, he claimed that the current rulers never “selected any top official on merit.”

The PTI chairman claimed that the Sharifs had no remorse since they were “busy getting themselves acquitted through tailored legislation” and that their removal had caused the “booming” economy to crash. In addition, he chastised the PDM administration for blaming him for Pakistan’s international isolation and demanded that it inform the people of what it had done during the previous seven months in this regard.

‘Govt Should be Appreciative’

The current “illegitimate” government, according to Imran Khan, should be grateful that he was “channelising the public rage by holding the lengthy march within the bounds of law.”

He stated that the country was “vocally expressing the powers that be and the handlers that it…want(s) hasty elections for a people-mandated administration.”

Mr. Khan reaffirmed that he would be in Rawalpindi to greet the “sea of people coming from the width and breadth of the country” when the PTI march arrived in the garrison city.

The PTI chairman pleaded with Pakistan’s chief justice once more to support the country and use his judicial authority to bring the wealthy and powerful under the rule of law and the constitution. He asserted that “the nation has lost faith in all other state institutions.”

Mr. Khan expressed regret that, despite being a former prime minister and the leader of the largest political party, he was unable to submit a FIR for an attempted assassination on him and questioned how someone else could obtain justice in this nation if it was not possible for him. “I have the right to name three defendants in the FIR, and the courts should look into whether or not my accusations are true,” he continued.

Separately, Imran Khan, who has frequently asserted a US-backed plot was to blame for his overthrow in April of this year, declared he no longer “blamed” the US government. He stated that he desired for Washington and Islamabad to have a “dignified” relationship.

These comments were expressed by the PTI chairman in an interview with the Financial Times, a British newspaper.

Regarding the US’s suspected involvement in the conspiracy, Mr. Khan said, “As far as I’m concerned it is over, it’s behind me,” according to the newspaper.

“We have been treated like hired guns and our relationship with the US has been one of master-servant or master-slave. But I blame my own governments more than the US for it,” the former prime minister continued.

The PTI chairman also called his trip to Moscow, which took place just before Russia invaded Ukraine, “embarrassing.” But he said that the trip had been planned months beforehand.

Regarding the military’s function, he claimed that it might have a “positive role” in his future plans for Pakistan.

Since “you cannot have an elected administration with the responsibility granted by the people, but the authority lies someplace else,” the former premier said that there should “be a balance” between civil-military ties.

The PTI chairman has previously made similar statements. He acknowledged being a helpless prime minister last month and claimed that “despite being in charge of affairs, orders were coming from someone else.”

How to make money on Fiverr