Long March to go on For 10 Months: Imran 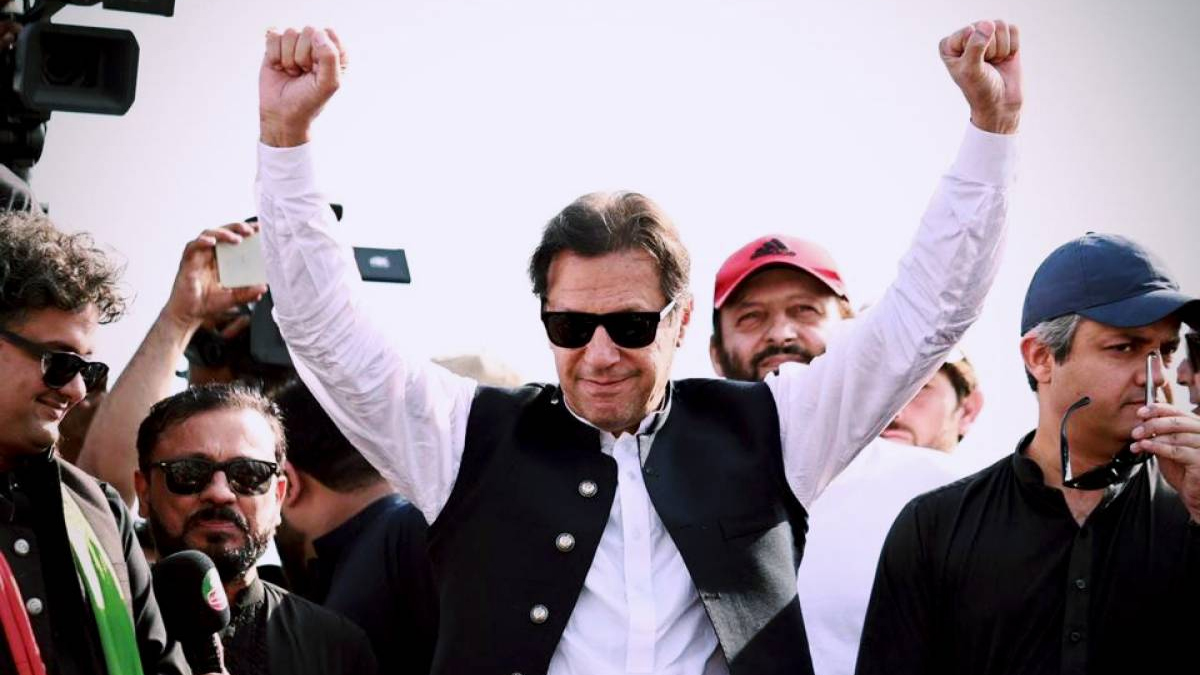 Imran Khan suggested on Wednesday that the long march would run for 10 months rather than just ending when they arrived in Islamabad. This suggests that Khan’s fight for “true independence” may be a long-term one.

On the sixth day of the protests, the former prime minister spoke to rally attendees in Gakharmandi and questioned the “institutions” about what was keeping them from holding “free and fair” elections if they were neutral.

Leaders of ISI and ISPR

The former premier pointed to the recent news conference by the leaders of the ISI and ISPR and added, “In the press conference, it was said that ‘we are neutral’.”

He urged new polls and added, “Let the country determine who should rule them and deliver prosperity.”

In addition, Mr. Khan had some inquiries for the establishment: who was responsible for Arshad Sharif’s departure from Pakistan and subsequent murder; who was threatening reporters and party members via “unknown numbers”; who had imposed “crooks” on Pakistan by toppling his government; and who had tortured PTI leaders Shahbaz Gill and Azam Swati.

In addition, Mr. Khan inquired about the cypher and asked to whom the US official’s remarks concerning his removal were directed.

The former prime minister asserted that his lack of influence over the National Accountability Bureau prevented him from bringing charges against the “corrupt authorities” while he was in office (NAB).

He bemoaned that “those running NAB let the thieves and dacoits get away with the looted money.”

He claimed that “hidden hands” were preventing the Sharifs and Zardaris from going to jail.

Read More | PTI Says Favouring No One For Army Chief

Break All Records of Public Gatherings in Pakistan

The PTI leader tweeted at the end of the sixth day of the march to express his appreciation for the public’s enthusiasm for the “Haqeeqi Azadi march” and to state that there was no longer any doubt that Pakistanis would swarm to Rawalpindi and Islamabad in response to his call and “break all records of public gatherings in Pakistan.” In his speech, Mr. Khan had invited individuals to travel to the twin cities using various means of transportation, including walking.

Fawad Chaudhry, the head of the PTI, claimed that the party might keep altering the arrival date in Islamabad to mislead the administration. However, the long march caravan would arrive in Rawalpindi on November 10 and converge in Islamabad on November 11, according to PTI Secretary General Asad Umar.

Meanwhile, a motorcycle accident involving two teenagers near the Gujranwala-Rawalpindi bypass resulted in the death of one and serious injuries to the other.

The truck, which was a part of the long march convoy, is said to have been travelling on the wrong side of the street. According to accounts, Sameer, 14, passed away instantly, and the injured youngster was taken to a local hospital. Rescue 1122 sources, however, said that despite the police closing the road on both sides, the youngsters sped past.

In another incident, a generator that was being pulled behind Imran Khan, the leader of the PTI’s container caught fire near Rahwali. There were no casualties because the fire was put out right away.

It should be noted that Hassan Ali, a PTI worker who was shown falling from a truck painted in PTI colours in a popular video, passed away on Wednesday from his wounds.

The worker drove into a tree on the road before falling. Although videos of the incident were widely disseminated on social media, the exact time the tragedy occurred could not be determined.