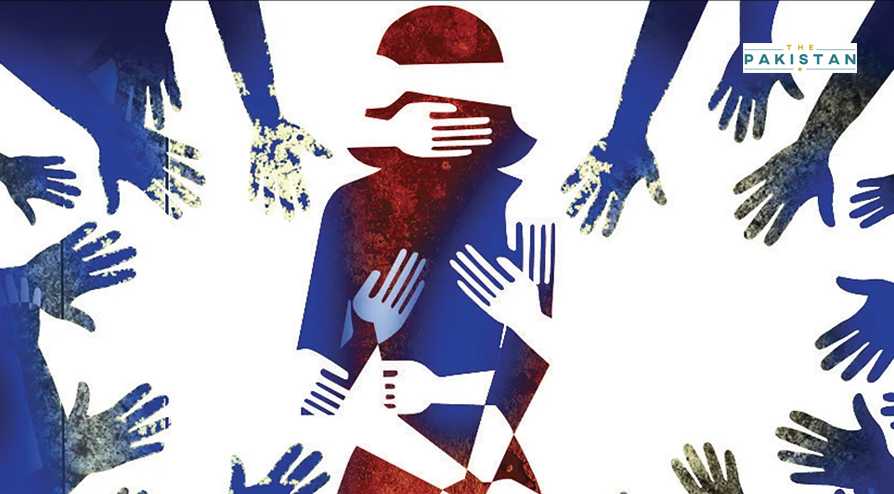 Rape of a mother and daughter in the Kashmore district of Sindh province has caused widespread outrage on social media as gory details shared by the family have called for action from authorities.

The mother and daughter were subjected to gruesome abuse for two days after they were lured through a job offer.

The police officials have said that the medical examination of the two has been conducted.

Police officials have arrested one of the two culprits whereas one of his supporters is still at large. The culprits promised the woman that they would get her a job at Kashmore Toll Plaza and she readily agreed.

After escaping the ordeal, the woman went to the police where she shared the details with the police officials. She informed that she had kept her five-year-old daughter hostage. She said that they had told him that he would only let her go if she brought another woman from Karachi.

Subsequently, the police then hatched a plot to arrest the culprit.

“Our ASI (assistant sub-inspector) Mohammad Bux Buriro persuaded his wife to talk to the suspect over the phone which she did. Then the woman from Karachi and the ASI’s daughter waited in a park in Kashmore where the suspect was scheduled to meet them,” the police said.

The suspect then came to the agreed meeting where he was apprehended by the police on the spot. The suspect then led officials to a cattle pen where they had kept the young girl.

The young child told police that he had subjected her to criminal assault.

Police officials were lauded for their exemplary justice and social media lauded the efforts of the brave ASI who involved his family to get justice for the aggrieved victim.

PPP Chairman Bilawal Bhutto-Zardari said he had taken notice of the brutal incident that shocked him personally and the beasts involved in this gruesome crime have shamed humanity.