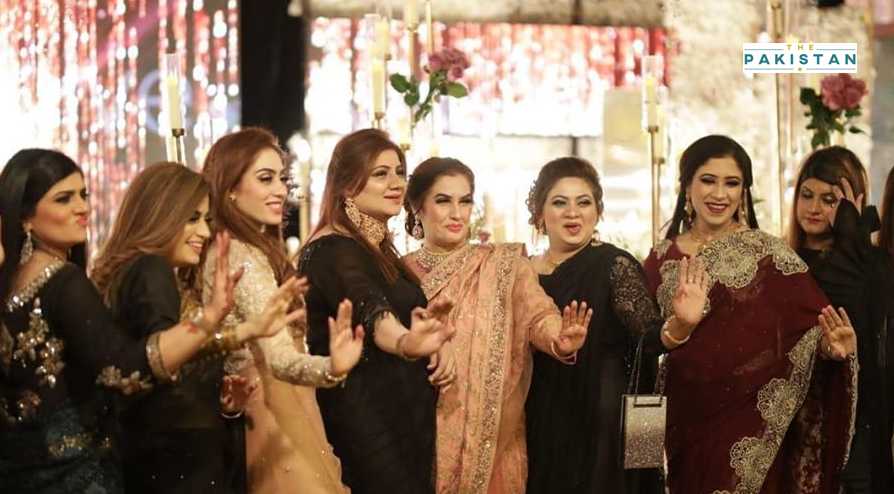 It’s not every day that a wedding takes place between two of the richest families in the country. So when Master Tiles and Jalal Sons families launched the festive celebrations of the wedding of their children, the country noticed so did the Federal Board of Revenue.

The Federal Board of Revenue is investigating the singers, decorators, sponsors for the location, wedding planners among others to ascertain how much funds were actually spent on the wedding festivities and investigate the taxable amounts.

Everything from photographers to the dazzling locations, the entire event’s costs went into millions.

Master Tiles’ Unzila got hitched to Jalal Sons owner’s son. The functions from the two sides were massive and grand functions as it was by far the most extravagant wedding of the country ever. Many of the prominent Lollywood celebrities also attended the events that have now become the talk of the town.

Meanwhile, the famous religious scholar Maulana Tariq Jameel conducted the couple’s Nikah ceremony. And other famous personalities like Special Assistant to Chief Minister Punjab on Information, Dr. Firdous Aashiq Awan, among others were also present at the events.

Unzila Mehmood’s baraat was held at Rosa Blanca Club in Lahore and the decor was arranged by KS Concepts. As per various media reports, around Rs150 million (Rs15 crore) alone was spent on booking a private country club for a period of 120 days (about 4 months) by the bride’s father.

Meanwhile, another Rs15-20m (Rs1.5-2 crores) was given to the event management company which was hired for the arrangements, and a similar amount paid for decorations at the wedding.

Moreover, another Rs10m was spent on fireworks, Rs9.5m on photography and a studio whereas Rs15m were paid to singer Atif Aslam who performed at the event.

Just as the festivities were over, the apex tax body in the country the Federal Board of Revenue was also on the heels and have since released a detailed report titled “Elite Wedding” on the costs of the festivities.