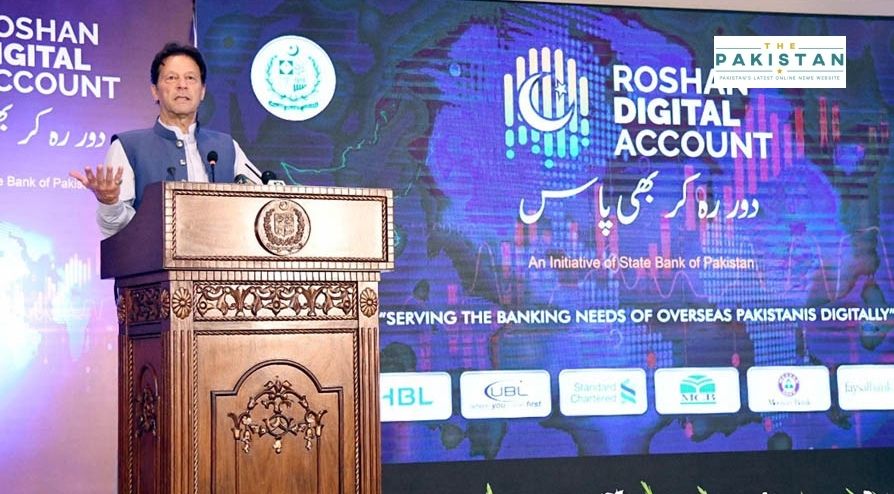 Prime Minister Imran Khan has thanked overseas Pakistanis for their support in the form of investments and deposits in the Roshan Digital Account as he said that the expatriate community living in various parts of the world is the backbone of the country.

“I want to thank our great asset overseas Pakistanis. MashaAllah funds sent by them through the Roshan Digital Accounts created by the State Bank of Pakistan crossed $200 million yesterday. The pace is accelerating: first $100m came in 76 days and the next $100m came in only 28 days,” the premier tweeted.

The SBP has launched the Roshan Digital Account services for overseas Pakistanis where they can easily open their accounts without any hassle. The RDA can be opened digitally and does not require a visit to the bank or any service centre.

PM Khan, ever since he announced his plans to set up cancer hospital in his mother’s name, has relied on the overseas Pakistanis’ support to raise funds.

He had been active in the diaspora communities. He has carried that experience forward into his government where he has repeatedly asked the Pakistani community living abroad to invest in Pakistani assets and has called upon them to send remittances back home through the official channels as it helps the government build foreign exchange reserves.

The appeal has been immensely successful in attracting funds and investments from overseas Pakistan as seen in the inflows into the Roshan Digital Accounts.

The low hurdles to opening an account and provision of services such as paying utility bills and school fees has also spurred more expats to join in.

The pace of account opening is also picking up with each passing day as the number of deposits and investments are increasing every week.