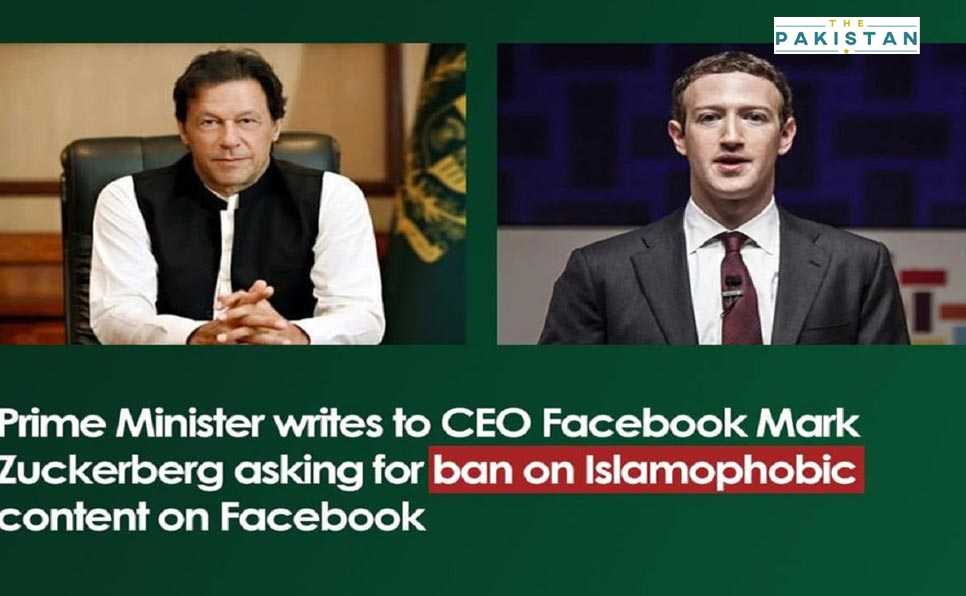 Prime Minister Imran Khan in a letter to Facebook has asked the social media platform to regulate its content and remove all of the Islamophobic material from the website the same way it has removed the Holocaust content.

In a letter addressed to Facebook’s Mark Zuckerberg, PM Khan said that “I am writing to draw your attention to the growing islamophobia that is encouraging hate, extremism and violence across the world and especially through the use of social media platforms including Facebook.”

The letter comes against the backdrop of rising Islamophobia in Europe where the murder of a teacher who showed caricatures of the Holy Prophet has incited large-scale protests against Muslims.

“I appreciate your [Zuckerberg] taking the step to rightly ban any posting that criticises or questions the Holocaust, which was the culmination of the Nazi pogrom of the Jews in Germany and across Europe as Nazis spread across Europe,” said the PM in his letter.

Commenting on French President’s highly problematic remarks, PM Khan said that “Hallmark of a leader is that he unites human beings, as Mandela did, rather than dividing them.”

He added that this was a time when Pres Macron could have put a healing touch and denied space to extremists rather than creating further polarisation and marginalisation that inevitably leads to radicalisation.

French PM Macron had said that he stood by the magazines and academics claims to show caricatures. Appealing to the right-wing extremists, he said that France will never discontinue cartoons and will always show them.

“He was killed because Islamists want our future,” while vowing “they will never have it,” Macron said on the murder of teacher in France.

These problematic comments were also denounced by the Turkish President Erdogan who said asked his French counterpart to get himself a mental checkup before he loses it totally.