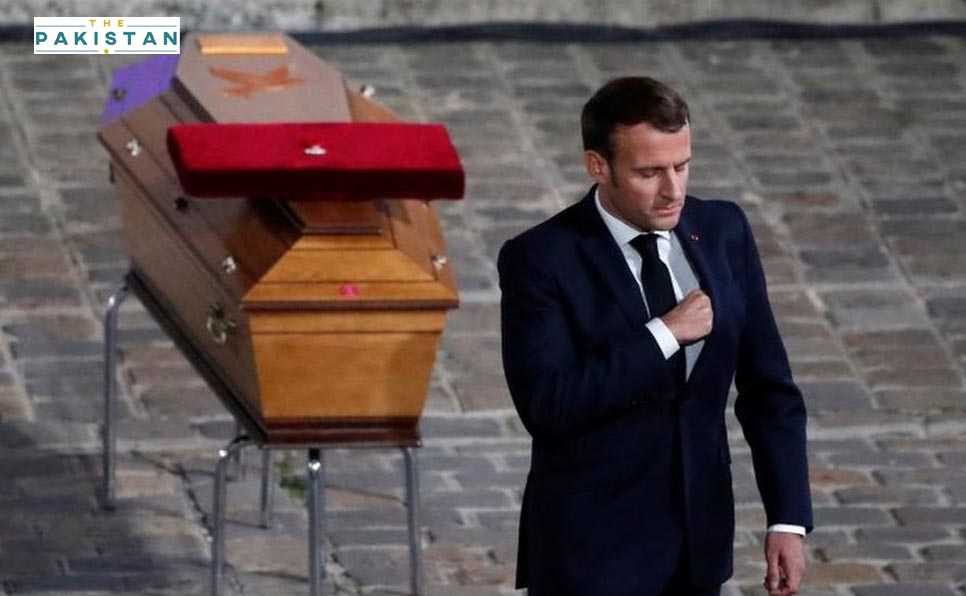 Pakistan has summoned the French Ambassador to lodge a protest against the French President’s highly controversial comments against Islam and Muslims around the world after the murder of a school teacher has resulted in widespread protests from across the world.

The French president had while speaking at an event to commemorate the life of a teacher who was brutally murdered by a disgruntled parent.

Speaking at the occasion, President Macron said that the problem lies within Islam instead of condemning the individual act, he put a blanket statement calling out all Muslims and Islam.

Foreign Minister Shah Mahmood Qureshi said that these highly disturbing statements by certain politicians justifying such heinous acts under the garb of freedom of expression and equating Islam with terrorism, for narrow electoral and political gains should end in the west.

The dissemination of racist ideas, defamation and ridiculing of other religions, denigration of religious personalities, hate speech, and incitement to violence are not allowed expressions of this fundamental freedom, Pakistan’s foreign office said.

The foreign office further added such justifications erode human rights credentials of countries like France while adding that Pakistan has always supported and continues to lead international efforts for combating intolerance, discrimination and violence on the basis of religion or belief.

Criticizing Macron’s statement, PM Khan had said that “It is unfortunate that he [President Macros] has chosen to encourage Islamophobia by attacking Islam rather than the terrorists who carry out violence, be it Muslims, White Supremacists or Nazi ideologists. Sadly, President Macron has chosen to deliberately provoke Muslims, including his own citizens.”

PM Khan also said that By attacking Islam, clearly without having any understanding of it, President Macron has attacked and hurt the sentiments of millions of Muslims in Europe and across the world.

The last thing the world wants or needs is further polarisation. Public statements based on ignorance will create more hate, Islamophobia, and space for extremists, added PM Khan.