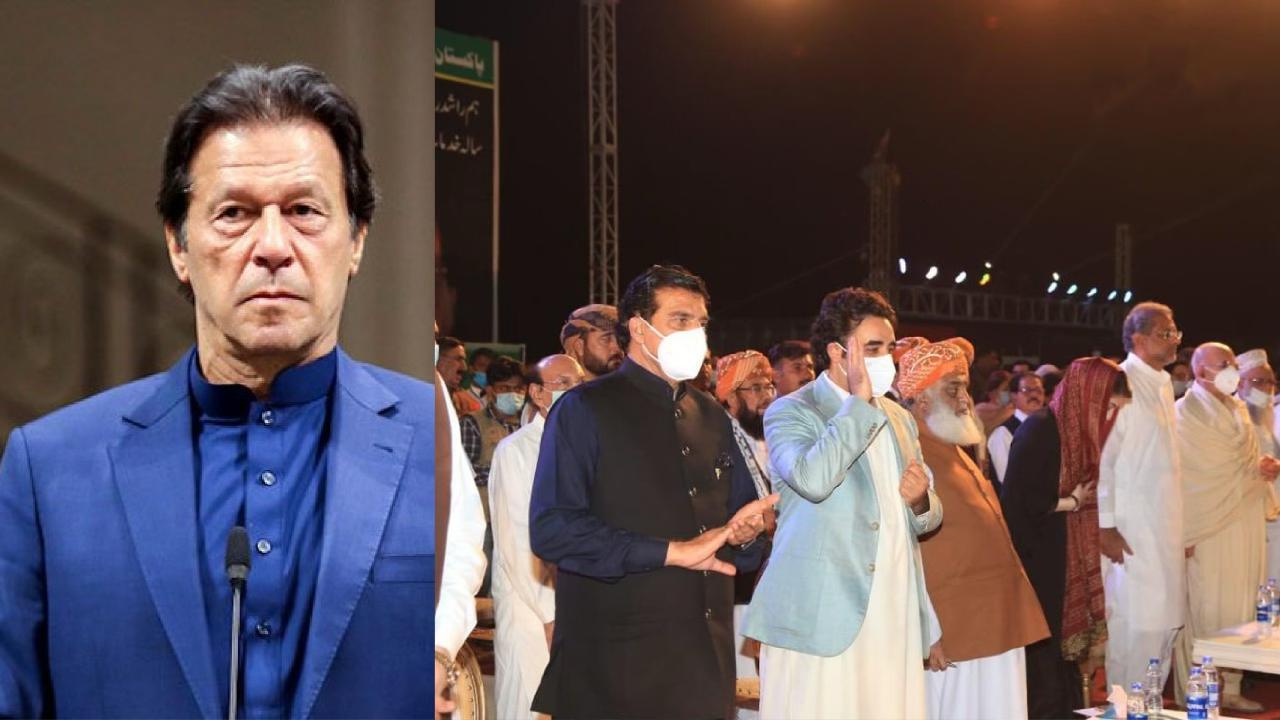 Prime Minister Imran Khan did a rally on Friday at Kotli where he expressed solidarity for the people living in Kashmir as it was also the Kashmir Solidarity day but apart from that, he didn’t leave the opportunity to attack the opposition party primarily PDM.

He also made his stand even more firm as he said that he will not be giving the opposition any NRO or reprieve. But this was not a one way attack as the opposition leaders too made it clear that they disapprove of Imran Khan’s governance.

The Pakistan Democratic Movement leaders use the stage at the Muzaffarabad rally to allege the involvement of Prime Minister of India, Narendra Modi in financing political campaigns of Khan. They also claimed that the friendship that the federal government has shown to India is the reason why India managed to annex the disputed Himalyan valley in August 2019.

Khan on the other hand targeted the 11-party opposition alliance and said, “I’m ready for any sort of agreement, but I will never hand out an NRO to the looters. I will help the opposition out with organizing their long march anywhere they want, but will not give them the NRO.”

Leaders of the mega alliance on Thursday carried out a long discussion after which they have finally announced the date of their long march to Islamabad. Maryan Nawaz, who is being highlighted as a major opposition leader said that the premier must be held accountable for not being able to stop the actions of India and hence failed to save Kashmir.

She added that this was such a big failure on the government’s part and that even during dictatorial rule in Pakistan, India could not have thought of doing this. She claimed that the reason the government is silent on the issue is because it is guilty of committing the mistake. She demanded to know why a befitting reply to the Indian government was not given. Why did you fail to raise your voice for Kashmiris? What is your foreign policy?” asked the PDM vice-president.

PDM president Maulana Fazlur Rehman confirmed on Thursday that the march which is being carried out with the intention to overthrow the government will take place on March 26. As per reports, this will be a long march where all the opposition members along with designated leaders will come on street to express their concern about the present federal government in Pakistan. Other than Maryam, the PDM president also addressed the issue of Inid annexing the Kashmir valley. He said that if necessary, they are ready for war to reverse their actions. He noted that if PTI continues to rule Pakistan, it will completely ruin Kashmir.