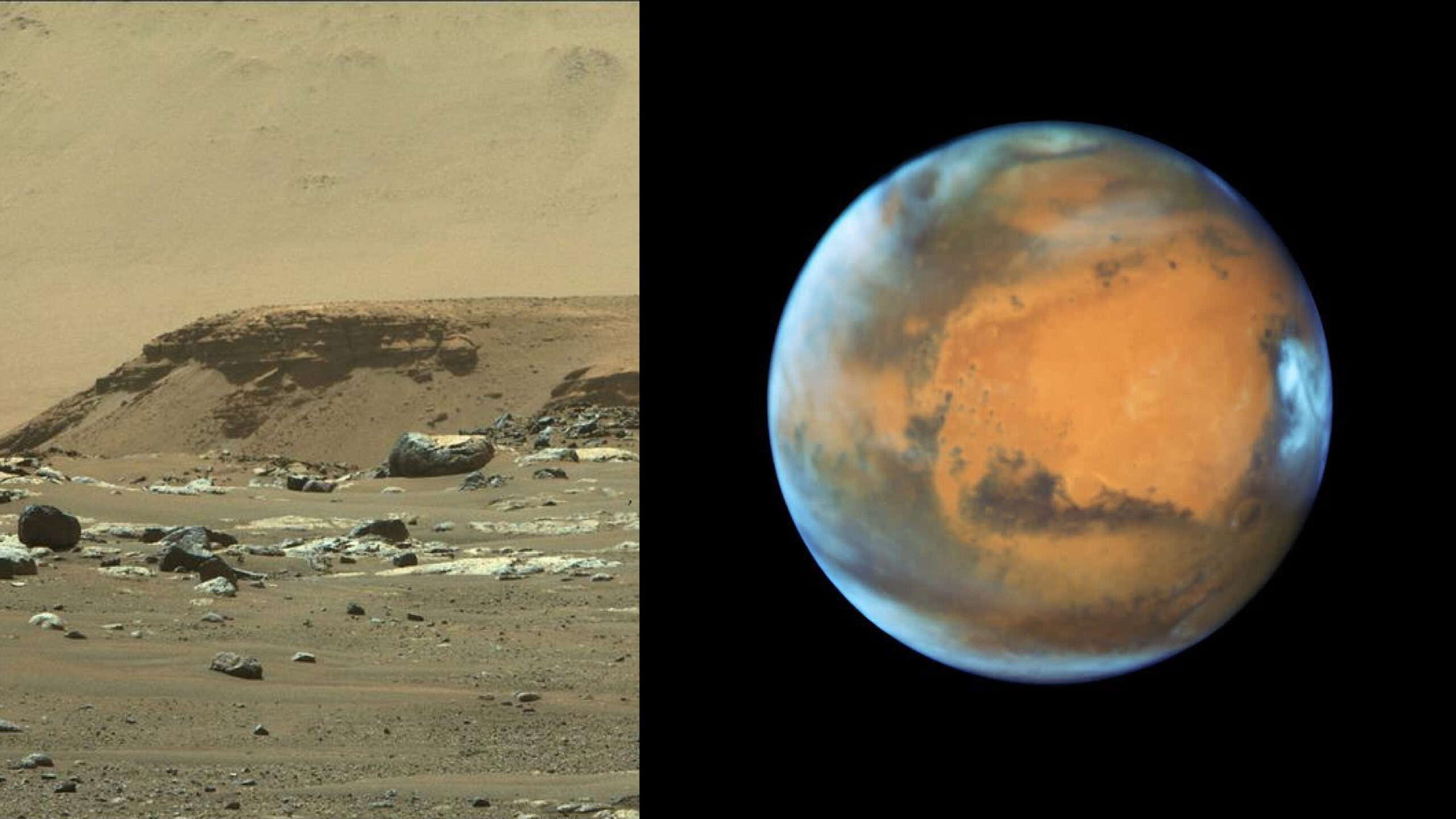 Mars was home to large portions of water, enough to cover the entire planet in an ocean about 100 to 1,500 metres deep – approximately equivalent in volume to half of the Atlantic Ocean. However, things changed significantly billions of years ago and today Mars is a dry land.

A research team from California Institute of Technology (Caltech) and NASA’s Jet Propulsion Laboratory (JPL) have carried out a study to understand the quantity of water on Mars over years in all forms including ice, liquid and vapour, as well as the chemical composition of the current atmosphere and crusts of the planet using the data sent by the Mars rover and orbiter.

Published in the journal Science, the NASA-funded research indicates that a large portion of Mars’ water (around 30-99 percent) is trapped within minerals in the crust of the Red Planet. The findings of the research have countered the ong-running hypothesis that the water was simply lost into space by escaping through the upper atmosphere.

Read Also | What you need to know about the new WhatsApp feature that may solve unarchiving of texts without warning?

Previous studies that tried to find what happened to the flowing water on the Mars signalled that the majority of it escaped into the space due to the low gravity of the planet.

“Atmospheric escape does not fully explain the data that we have for how much water actually once existed on Mars,” said Scheller noted.

She explained that the research is relied on the data from telescopes, meteorites, satellite observations and samples collected by rovers in the planet, providing various ways of probing the Red Planet.

Reportedly, Mars has no tectonic plates, so the “drying” of the surface is going to be permanent once it occurs on the planet. Michael Meyer, lead scientist for NASA’s Mars Exploration Program, also asserted that the measurements that multiple aircrafts sent to NASA about Mars have indicated that the Red Planet does not recycle just like the hydrated materials on Earth are being continuously recycled through plate tectonics. Therefore, the water is locked up in the crust or been lost to space, Meyer added.