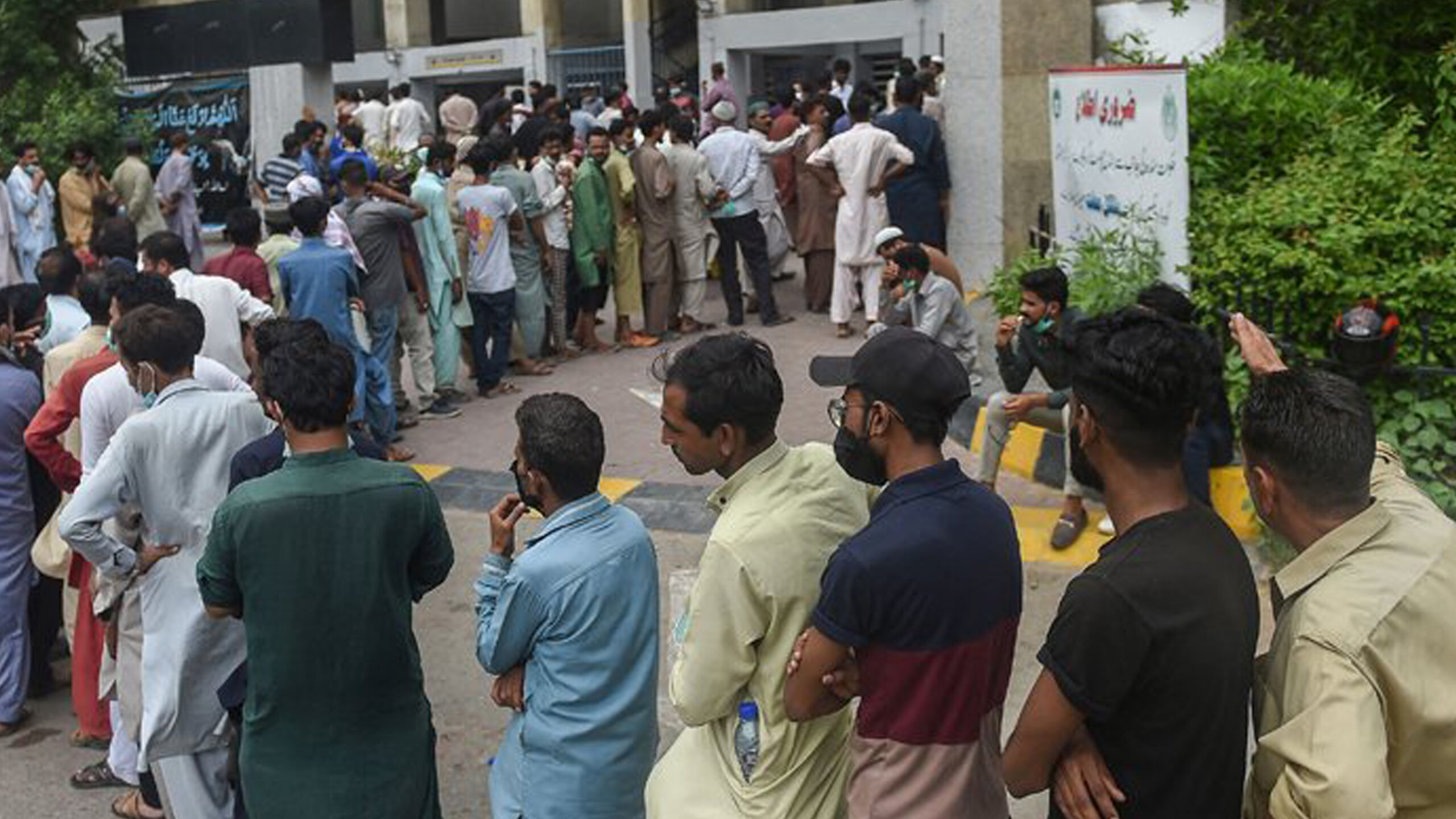 Sindh Health Department officials, Thursday, said there is a shortage of Sinovac, Sinopharm, and AstraZeneca vaccines in the port city.

As cases across the city have snowballed, thousands of people have started arriving at vaccination centres daily.

The health department officials said vaccine reserves were near exhaustion at the Dow Ojha Hospital, Expo Centre, and Sindh Government Children’s Hospital. Furthermore, supplies to inoculation centres at  Liaquatabad, New Karachi, and Lyari have been suspended.

People have been complaining that the first doses of Sinovac, Sinopharm, and AstraZeneca vaccines are not being administered. Similarly, a sparse number of jabs were available for those trying a second dose.

The majority of the people, however, are being administered the Moderna vaccine.

The health department officials said people had been heavily pouring into nearby and drive-through vaccination centres after the government had doubled the number of inoculation centres.

However, they clarified that it would take at least a week for more vaccine doses to arrive in the province.

Vaccination centres have been overwhelmed after the government announced penalties for unvaccinated people. These penalties include blocked mobile SIMs and barred access to restaurants, offices, shopping malls, and transport.

Several health department officials, on the other hand, negated any vaccine shortage at the Expo Center.

They were of the opinion that the department sent 30,000 doses of Sinovac to the inoculation centre this morning (Friday). In comparison, 900 doses were already available there. The Covid-19 positivity rate is at 23.58 per cent in Karachi, where most of the treatment facilities remained filled with patients. The infectious disease killed more than 12 people in Sindh during the last 24 hours.