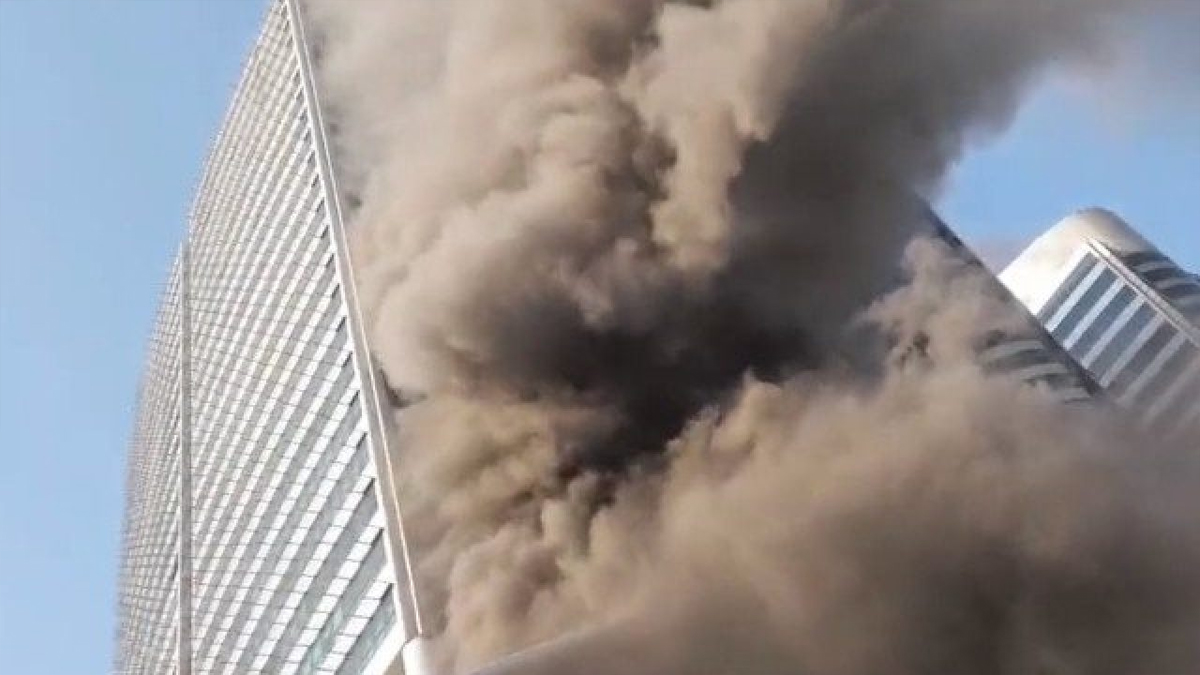 Sunday’s Centaurus Mall fire in Islamabad was put out after two hours, according to the Capital Development Authority (CDA).

The fire brigade, Pakistan Navy, Pakistan Air Force, and Rescue 1122 all participated in the firefighting effort, according to CDA Chairman and retired Capt Mohammad Usman Younis, Chief Commissioner of Islamabad.

The mall and related residential buildings are currently being shut, according to Islamabad Deputy Commissioner (DC) Irfan Nawaz Memon, pending the results of a technical team’s study on their post-fire structural stability.

He expressed gratitude to the organizations that had contributed to putting out the fire.

As previously reported by DawnNewsTV, residents of the building had been evacuated, and firefighters were working to put out the blaze as smoke plumes rose from the structure.

Television footage showed smoke coming out of the structure, while in other scenes, evacuees were seen attempting to use the escalators at the shopping center.

At the site were the city police chief, top police officers, representatives from the government, and rescue crews.

The police added that a helicopter had also been requested to assist with the rescue and firefighting efforts.

Although there were still some flames on the mall’s outside that were being put out, they continued by saying that the fire within the mall was “under control” and that no shops had been destroyed.

Deepika Padukone Says Her Mother Identified Depression Symptoms in Her