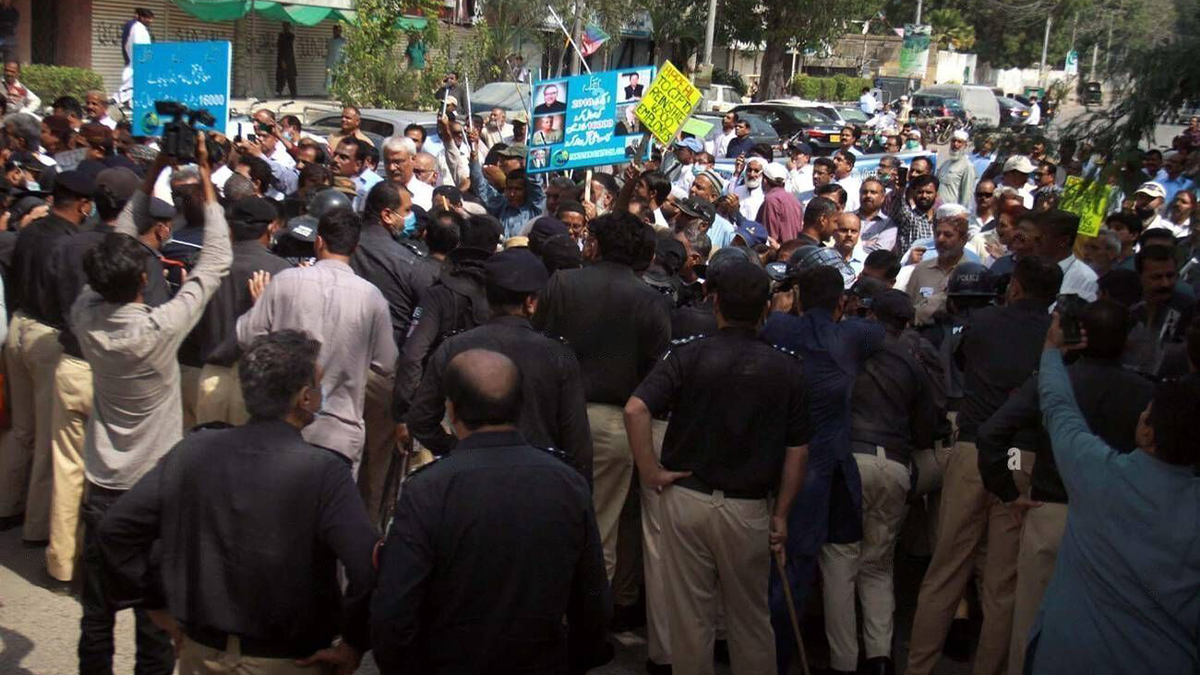 For the second day in a row, teachers from government-run primary schools in Khyber Pakhtunkhwa demonstrated on Friday. The police detained more than 100 demonstrators and detained 13 of their leaders for rioting, attempted murder, and other offenses.

In response to hundreds of primary school teachers blocking the Khyber Road outside the provincial assembly building on Thursday in protest of their posts being upgraded, their benefits being reinstated, and promotions, the police baton-charged them and shot tear gas at them.

To protest the use of baton charges and tear gas against teachers who were protesting, the All Primary Teachers Association (APTA) of Khyber Pakhtunkhwa declared all primary schools in the province closed. A protest would also be held in front of the building housing the provincial assembly, it had also stated.

Numerous police officers were stationed in the neighbourhood schools on Friday, including Higher Secondary School No. 1, where the teachers who are protesting generally congregate before marching on Khyber Road.

School teachers organised a sit-in at Jinnah Park, close to the assembly’s headquarters, in the afternoon. The sit-in went on well into the evening.

Read More | ‘We want peace’: Residents take to streets in Swat against wave of militancy

Azizullah Khan, the head of the APTA, told reporters that the teachers met with officials from the government, who assured them that their problems will be resolved quickly.

He said that the demonstrators were requested to end the sit-in by officials of the government, nevertheless.

He remarked, “We had doubts because the government’s assurances were oral and not in writing.”

According to Mr. Azizullah, the government was hesitant to accede to the requests of teachers.

He said, “We [association] have chosen to continue with the Jinnah Park sit-in after discussion with our district presidents.”

The APTA leader claimed that the demand for the release of instructors had not made any forward.

Why Should You Choose Solar Energy