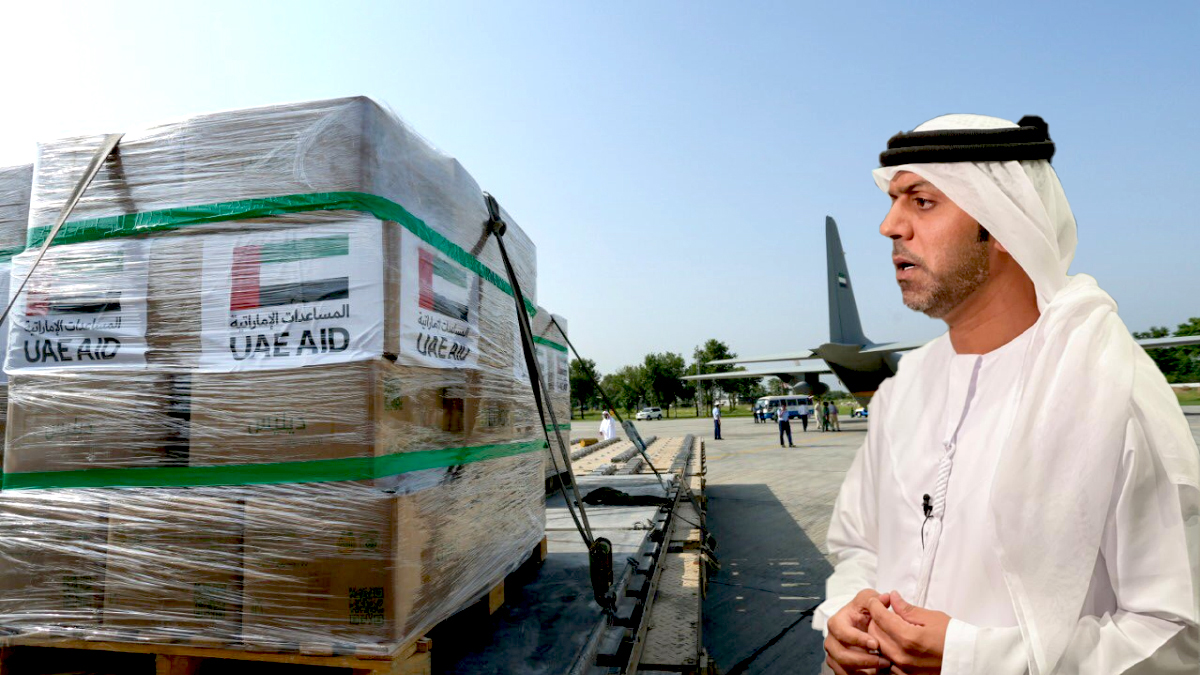 The ambassador of the United Arab Emirates (UAE) to Pakistan, Hamad Obaid Al Zaabi, gathered relief supplies for the millions of Pakistanis devastated by the devastating floods alongside hundreds of volunteers from all around the UAE.

These emergency relief packages will be sent to Pakistan.

The amazing success of the “We Stand Together” programme to support the brothers in Pakistan is an embodiment of these noble principles, the UAE ambassador said.

“UAE with the backing of wise leadership succeeded to translate the concept of charitable work into human values.”

Volunteers from the UAE participated in the “We Stand Together” campaign over the past weekend, packing 1,200 tonnes of food, medical supplies, and other hygienic products into 30,000 kits in under four hours for flood-affected families in Pakistan. A consortium of 12 humanitarian organisations started the project.

The community service event was held in three cities: Abu Dhabi, Dubai, and Sharjah. With the assistance of nine other UAE humanitarian organisations, the initiative was started by the Emirates Red Crescent (ERC), Dubai Cares, and Sharjah Charity International in close collaboration with the UAE’s Ministry of Community Development (MoCD) and Ministry of Foreign Affairs and International Cooperation (MoFAIC).

33 million people have been affected by floods caused by unprecedented monsoon rainfall, and about 1,400 people, including nearly 500 children, have died. The devastating floods wrecked over a million homes and crops, slaughtered cattle, and devastated livelihoods in addition to destroying lives and roads and infrastructure. Ahsan Iqbal, Pakistan’s minister of planning, stated that the country’s economic losses from the floods could exceed $40 billion.

The UAE was one of the first nations to respond to the humanitarian disaster by offering immediate assistance to the victims.

According to Pakistan’s Foreign Office, the UAE has dispatched 37 planes and one ship since August 28 to bring urgently needed food, medical equipment, and tents to the flood-affected villages. According to the UAE embassy, “An Emirati aid ship arrived at Port Qasim in Karachi carrying more than 18 containers totaling 2,750 tonnes of food, medical supplies, and relief items to provide emergency support to the humanitarian situation for approximately 140,000 Pakistani families” affected by the floods.”

According to Dr. Al Rabeeah, general supervisor of KSrelief, the first two aircraft would fly out on September 13 from King Khalid International Airport in Riyadh with 180 tonnes of food, medical supplies, and shelter aid.

He said that the initial distribution of supplies would help 19,000 people. The assistance ground convoy that was deployed within Pakistan in collaboration with the Saudi Embassy is supplemented by the help aircraft. The convoy is transporting supplies that will be distributed in the devastated areas, including food, shelter, and medical care.

In order to generate money for the flood victims in Pakistan, KSRelief has also begun a public campaign in Saudi Arabia.

Saudi Arabians have been encouraged to make donations through the “Sahem” app or website or by making a deposit into one of the center’s bank accounts.

Tonnes of desperately needed supplies for the millions of people devastated by the devastation of the monsoon rains and floods have been delivered to Pakistan by as many as 83 international assistance flights.