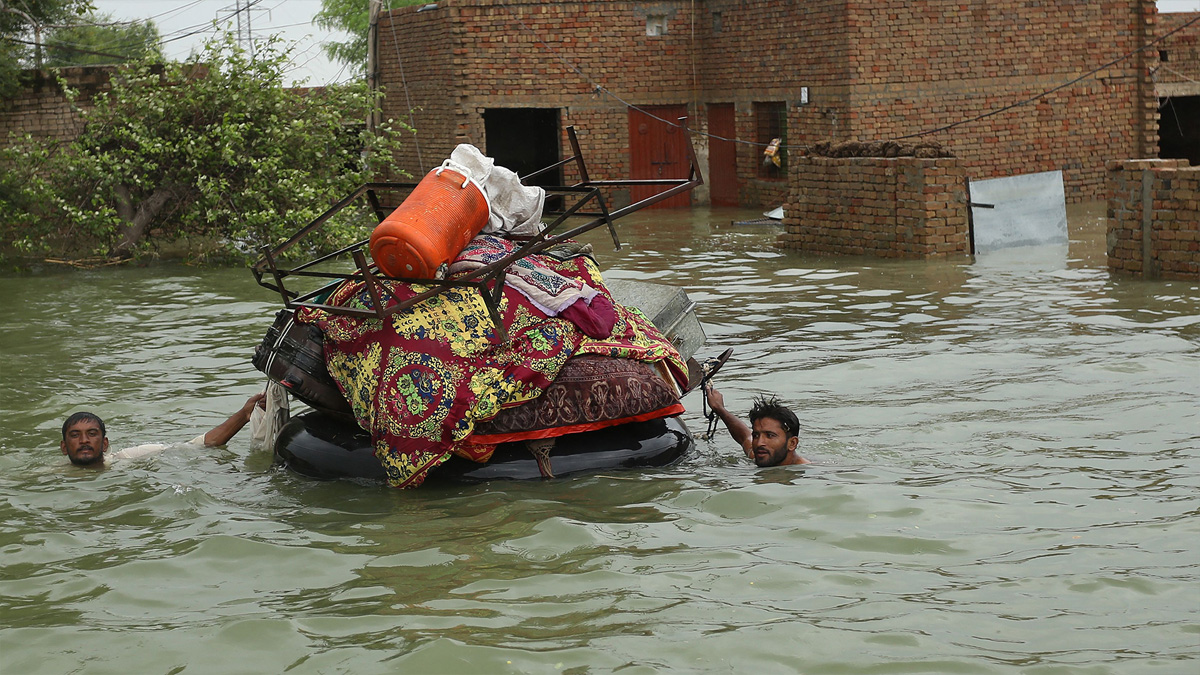 Destruction Caused by the Floods

In response to the destruction caused by the floods, foreign aid and support have continued to rush into Pakistan. On Monday, Google launched an international appeal to raise funds for relief efforts.

The plea was started by the most popular search engine in the world, which requested donations of $15, $25, and $50 from each of its billions of users worldwide.

An article by the Centre for Disaster Philanthropy (CDP) and Human Rights Watch that supported the demand for immediate financial and material assistance for the nation was linked to in the request.

According to the CDP report, all four provinces and roughly 15% of the population have been impacted by the floods. The floods “highlight the necessity for climate action,” according to the HRW report.

“Pakistan is one of the nations most at risk from climate change. It confronts warming rates that are significantly higher than the average for the world as well as possibly more frequent and intense extreme weather occurrences,” according to the paper.

The disaster relief fund of the Austrian foreign ministry has announced two million euros in immediate assistance for the flood victims.

The allocated monies would be distributed under the “2022 Pakistan Floods Response Plan (FRP),” which was developed jointly by the UN and Government of Pakistan in August, according to Alexander Schallenberg, Austria’s foreign minister.

The assistance includes measures that could have saved lives in the areas of housing, medical first aid, protection for vulnerable population groups, water and cleanliness, women’s health, and educational assistance.

Austrian Chancellor Karl Nehammer declared that his nation was helping the humanitarian operations and that this support was consistent with its history of delivering relief locally. The donated money will be given to foreign aid agencies that are currently trying to lessen the pain of people who are impacted.

In his remark, Vice Chancellor Werner Kogler noted that the flood in Pakistan is another example of an extreme weather occurrence that illustrates how the repercussions of the climate catastrophe are escalating quickly.