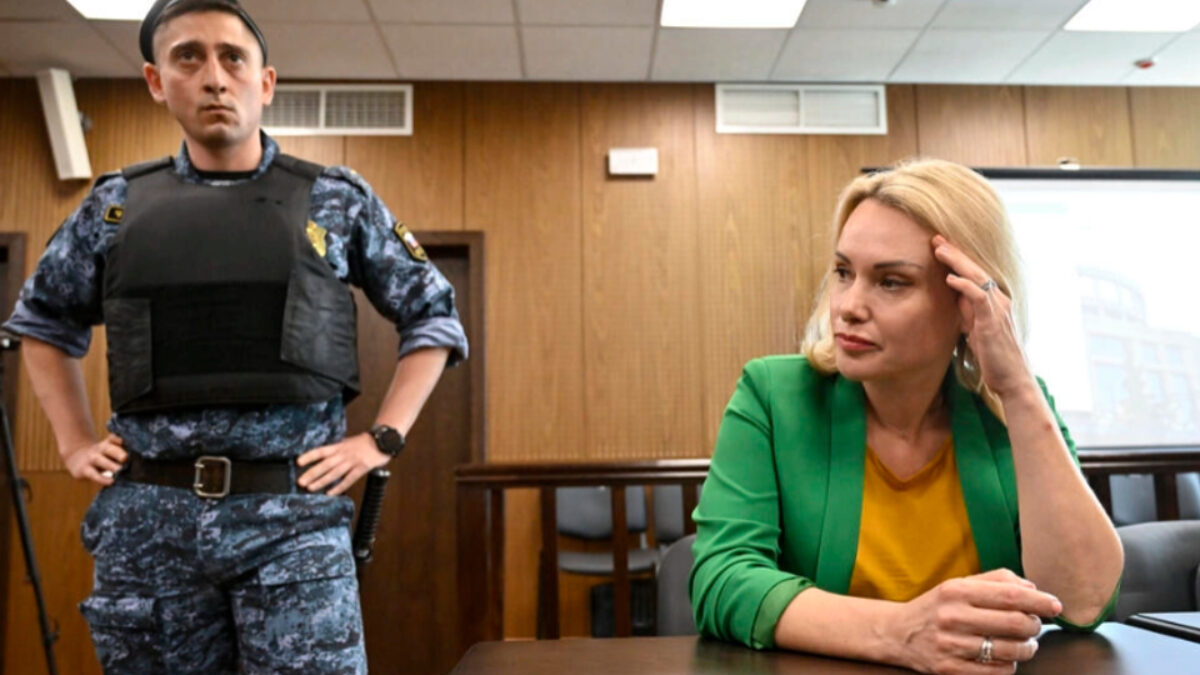 According to her lawyer, Russian investigators launched a criminal investigation against Marina Ovsya­nnikova on Wednesday after she opposed President Vladimir Putin’s war on Ukraine on live television.

Ovsyannikova performed a one-woman demonstration outside the Kremlin in mid-July, brandishing a sign reading “Putin is a murderer, his army are fascists.”

Three “blood-soaked” toy dolls were spread out in front of her. If convicted, she faces up to ten years in prison.

Criminal Case Has Been Opened

“A criminal case has been opened,” lawyer Dmitry Zakhvatov said, adding that the 44-year-old was waiting for investigators to decide on a pre-trial step.

According to Zakhvatov, Ovsyannikova has been accused with spreading false information about the Russian military forces and will spend the night in pre-trial prison.

Ovsyannikova expressed hope in an interview last week that the authorities would not place her in pre-trial prison because she has two children. Ovsyannikova said earlier in the day on the messaging platform Telegram that 10 representatives of police enforcement had stormed her residence around 6 a.m. “They scared my little girl,” she continued.

Read More | Serena Williams To Retire After US Open

Editor at Channel One

Ovsyannikova, then an editor at Channel One, rose to notoriety in March when she stormed onto the set of its flagship Vremya (Time) nightly news, clutching a placard that read “No War” in English.

Criticism of Putin’s decision to send soldiers to Ukraine is almost prohibited in Russia, and her protest made international headlines.

French President Emmanuel Macron has offered asylum or other forms of diplomatic protection to Ovsyannikova, who worked for Russian official television for 19 years.

Putin began the campaign on Ukraine following a historic crackdown on the opposition, which included the imprisonment of senior Kremlin opponent Alexei Navalny and the outlawing of his political organisations. Authorities are currently attempting to suffocate the last traces of opposition, and practically all well-known activists are either in jail or have fled the country.

The criminal investigation into Ovsyannikova was initiated after two Moscow courts ordered the journalist to pay fines for repeatedly disparaging the Russian army.

On Wednesday, she wrote on Telegram that more than 350 children had already died in Ukraine. “How many children must die before you stop?” she continued.