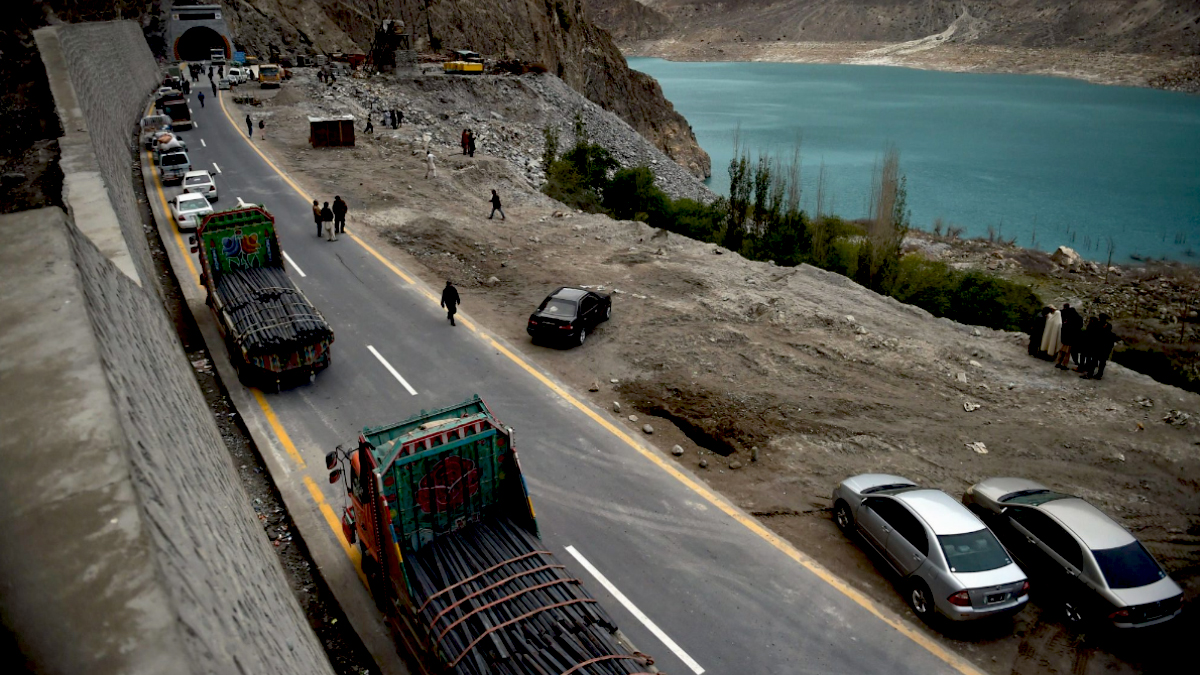 Destruction of the Bridge by Flash Floods

Following the destruction of the bridge by flash floods on Tuesday, the Frontier Works Organization filled the Ichar Nullah with mud and boulders and permitted light vehicles to utilise the route to travel to other areas of the province as well as Gilgit-Baltistan via the Karakoram Highway.

The other day, floodwater carried away the concrete bridge, stopping traffic between KP and GB. Residential housing for Chinese project workers at Dasu hydropower station was also harmed by soil erosion.

Heavy equipment, trucks, and other vehicles were prohibited from using the temporary Ichar Nullah route, an FWO official informed reporters in the Dasu area.

The construction of a suspension bridge on Ichar Nullah, according to him, was already underway and would be finished in five to seven days.

On Tuesday, locals, including traders and representatives of the local government, blocked the Karakoram Highway in the Dodial district to protest power outages and a new tax on electricity bills.

Zakir Hussain, the chairman of the Dodial village council, claimed that despite its failure to guarantee the people’s access to a steady supply of electricity, the government was rapidly raising electricity rates and imposing an increasing number of taxes on both domestic and commercial energy users.

Suffering From Rising Prices for Necessities

He claimed that further taxes were intolerable to the populace, who were already suffering from rising prices for necessities and utility services.

Representatives from the business community Nasir Saeed and Mohammad Younas, as well as the chairman of the Shanai village council Qari Sajid, councillors Zubair Shah and Niz Mohammad, spoke to the crowd and lamented the rising cost of living and conducting business.

Chagrin of Drivers and Commuters

To the chagrin of drivers and commuters, the demonstrators marched on the highway, assembled in the main market, and obstructed traffic from afternoon till evening.

They yelled anti-Pesco chants and threatened to stop the highway indefinitely if power disruptions persisted.

Talks with Demonstrators were Held by Assistant Commissioner

In the meantime, two persons died in separate instances in this location on Tuesday.

The 60-year-old Mohammad Yaqoob was slain in his slum residence in Siren Valley after being struck by lightning.

All About Decades Of China-Taiwan Tensions