All About Decades Of China-Taiwan Tensions 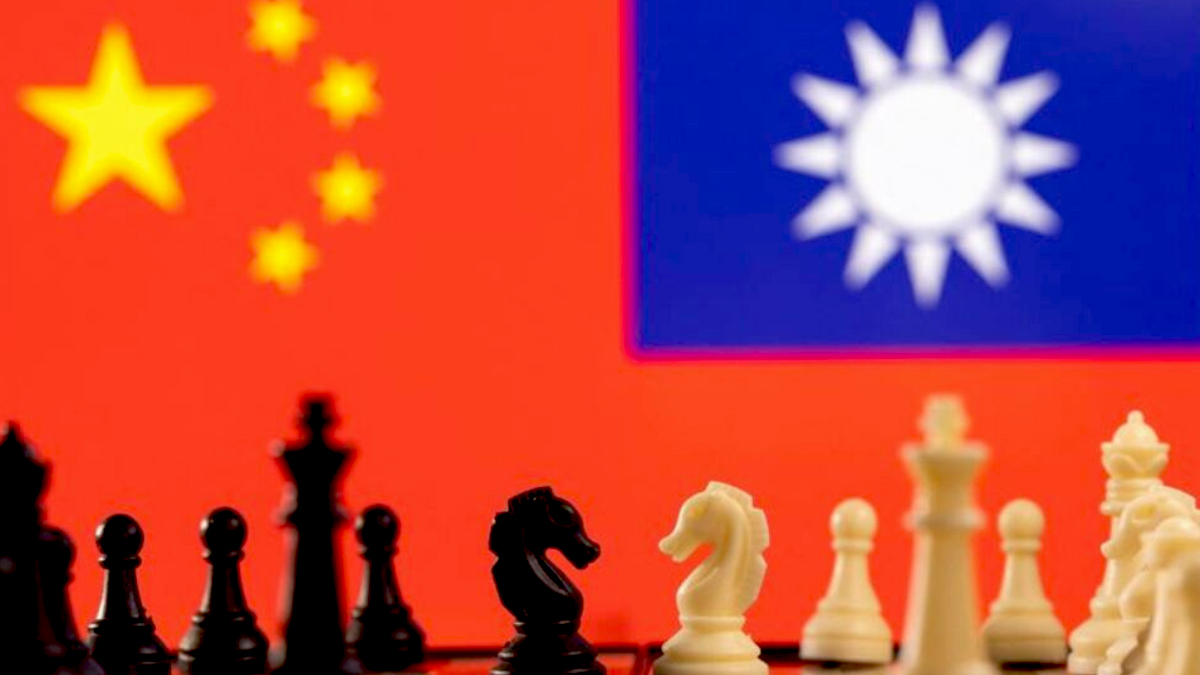 Tensions Between China And The United States

This news article examines past ties between the independent island and its much larger neighbour as tensions between China and the United States soar amid US House Speaker Nancy Pelosi’s visit to Taiwan.

Separation: In October 1949, Mao Zedong’s communists seized control of Beijing following their civil war victory over Chiang Kai-Kuomintang Shek’s (KMT) nationalists. In December, the KMT leaves China for the island of Taiwan, where they establish their own government in Taipei.

US Has Stationed A Fleet In Taiwan Strait

The United States, which is at war in Korea with communist China, gains Taiwan as an ally in 1950. To defend its partner from any invasion, the US has stationed a fleet in the Taiwan Strait.

1971: Beijing receives UN and US approval Beijing assumes control of China’s seat at the UN in October 1971, replacing Taipei. The United States officially severes ties with Taiwan in 1979 and replaces them with diplomatic ties to Beijing.

Taiwan is Regarded As a Part of China

Washington declares its support for the “One China” policy, according to which Taiwan is regarded as a part of China, while nevertheless maintaining diplomatic and trade connections with Taipei.

Relationships increase between 1987 and 2004. In late 1987, inhabitants of Taiwan are given permission to go to mainland China for the first time, enabling relatives to reconcile.

Taiwan lifts the emergency order in 1991, formally ending the war with China. Two years later, in Singapore, the first formal discussions between the parties take place. However, in 1995, Beijing halts negotiations in retaliation for Taiwanese president Lee Teng-Hui’s trip to the US.

China conducts missile tests off Taiwan in 1996 to dissuade citizens from casting ballots in the island’s first democratic presidential election.

The KMT loses control of Taiwan in the 2000 elections for the first time. The two sides’ trade ties will get better over the next years.

Threats and negotiations: Beijing passes a law in March 2005 authorising the use of force in the event that Taiwan declares independence. Lien Chan, the head of the KMT, travels to Beijing for a historic meeting with Hu Jintao in April.

High-level negotiations between Taiwan and China are resumed in 2008 when Ma Ying-jeou of the KMT is elected president on a pro-Beijing platform.

They agree to a comprehensive Economic Cooperation Framework Agreement in 2010, and they hold their first government-to-government discussions since their split in 2014.

2017: The honeymoon is over as Tsai Ing-wen, a member of the Democratic Progressive Party, which has always supported independence, wins the presidential election in January 2016.

China cuts off all contact with Taiwan in June as the new administration refuses to recognise the “One China” policy.

Donald Trump, the next US president, calls Tsai directly in December 2016, breaking with decades of US diplomatic practise.

In January 2019, Xi Jinping declares that the unification of China and Taiwan is “inevitable.”

US-China tensions in 2021: During 2021, Chinese military jets repeatedly breach Taiwan’s defence zone. In remarks later partially retracted by the White House, US President Joe Biden stated in October that the US would defend Taiwan in the event if China attacks it.

US Troops are Stationed in Taiwan

Tsai acknowledges that a small contingent of US troops are stationed in Taiwan to assist in the training of its military.

2022: Pelosi tour controversy On May 23, Biden reiterated that the US would protect Taiwan in the event of an invasion and urged the West to stand hard against Russia over Ukraine to prevent China from trying to take Taiwan by force.

ANALYSIS: No Threat to PTI Despite ECP Ruling