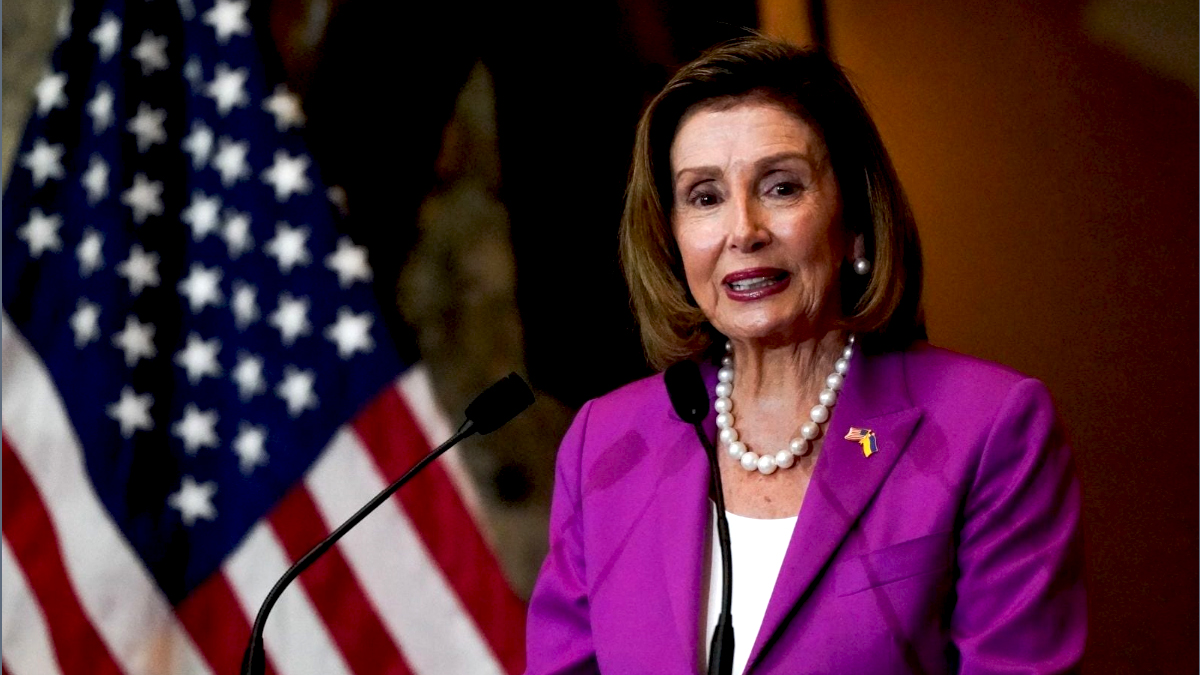 Nancy Pelosi, the speaker of the US House, arrived in Taiwan on Tuesday evening despite a series of harsher and sharper warnings and threats from China, which have caused tensions between the two giants of the globe to surge.

The highest-profile elected US official to visit Taiwan in 25 years is Pelosi, who is second in line to the presidency. Beijing has made it clear that it views Pelosi’s visit as a serious provocation, which has put the region on edge.

The 82-year-old congressman, who travelled on a US military plane, was welcomed at Taipei’s Songshan Airport by foreign minister Joseph Wu, as shown on live broadcasts.

She said in a statement upon her arrival that her visit “in no way undermines” US policy towards Taiwan and Beijing and “honours America’s unshakable commitment to support Taiwan’s vibrant democracy.”

Taiwan said that Washington’s backing was “rock strong” as evidenced by the visit.

Pelosi is presently touring Asia, and although neither she nor her office have confirmed a visit to Taipei, numerous US and Taiwanese media outlets have reported that one is planned, setting off days of building resentment from Beijing.

In response to the visit, China’s military announced it would “launch a series of targeted military strikes” and was on “high alert.”

It quickly made plans public for a series of military drills to start on Wednesday in the waters surrounding the island, including “long-range live ammo fire” in the Taiwan Strait.

Beijing’s foreign ministry added, “Those who play with fire will perish by it.”

China has promised to one day annex the island, using force if necessary, and regards democratic, self-governing Taiwan as part of its territory.

It opposes nations having diplomatic exchanges with Taipei and works to keep Taiwan isolated on the international scene.

Chinese President Xi Jinping cautioned Washington against “playing with fire” on Taiwan during a phone discussion with US President Joe Biden last week.

Although a trip in Taiwan is reportedly opposed by the Biden administration, Pelosi is free to travel wherever she pleases, according to White House National Security Council spokesperson John Kirby.

There is no justification for a fight to break out here. Shortly after Pelosi arrived, he told CNN that there had been no change to the policy.