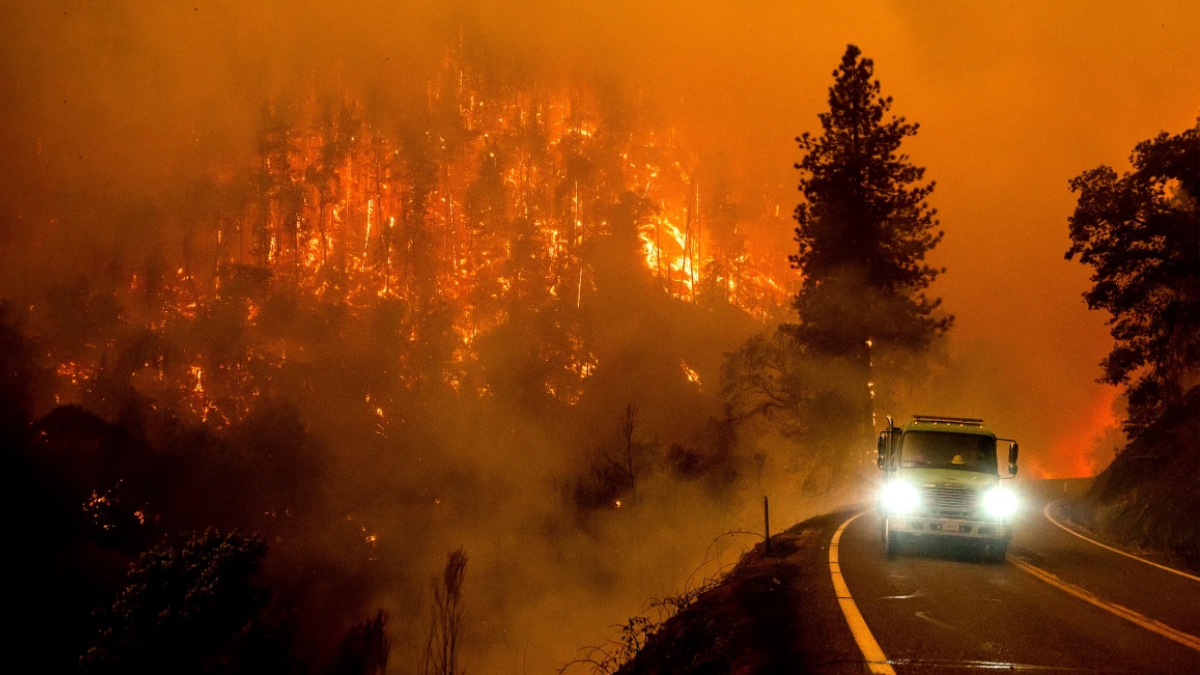 On Monday, hundreds of firefighters were battling a quickly spreading forest fire in northern California that has claimed two lives and compelled thousands of residents to leave their homes.

According to CalFire, the McKinney Fire, which has burned across 55,493 acres (22,500 hectares) of the Klamath National Forest near the Oregon border, is the state’s biggest fire so far this year.

More Than 850 Firemen Had Been Dispatched

On Monday morning, despite the efforts of the more than 850 firemen who had been dispatched to battle the blaze, the fire was not even 10% contained.

Huge wildfires have decimated California and other western U.S. regions recently, fueled by prolonged drought and made worse by a warming climate.

Firefighters discovered two deceased persons inside a burned-out automobile on Sunday in the driveway of a house in the Klamath River neighborhood, according to the Siskiyou County Sheriff’s Office. Firefighters believe the two were caught in the rapidly spreading fire as they attempted to run, according to Sheriff Jeremiah LaRue, who was speaking to ABC News.

More than 2,000 inhabitants of the rural area are being told to evacuate after Siskiyou County received a state of emergency declaration from California Governor Gavin Newsom.

Operations of Firefighters Combating the Blaze

The operations of firefighters combating the blaze are made more difficult by a heatwave with temperatures over 100 degrees Fahrenheit (38 degrees Celsius), tinder-dry terrain, and thunderstorms carrying powerful winds.

The Klamath National Forest service stated in a statement that “fire growth is projected to spread in all directions.”

Thunderstorms And Lightning Are Being Warned

Thunderstorms and lightning are being warned of. Near thunderstorm cells, strong outflow winds of 50 to 80 kph (30 to 50 mph) will be possible. The Siskiyou County Sheriff’s Office reports that more than 100 buildings, including residences, a grocery store, and a community centre, have been damaged by the fire in the vicinity of Yreka, though it has not yet reached the town of around 7,800 residents.

Although it is still far smaller than the Dixie Fire from last year, which scorched almost one million acres, the McKinney fire is California’s biggest wildfire so far this year.