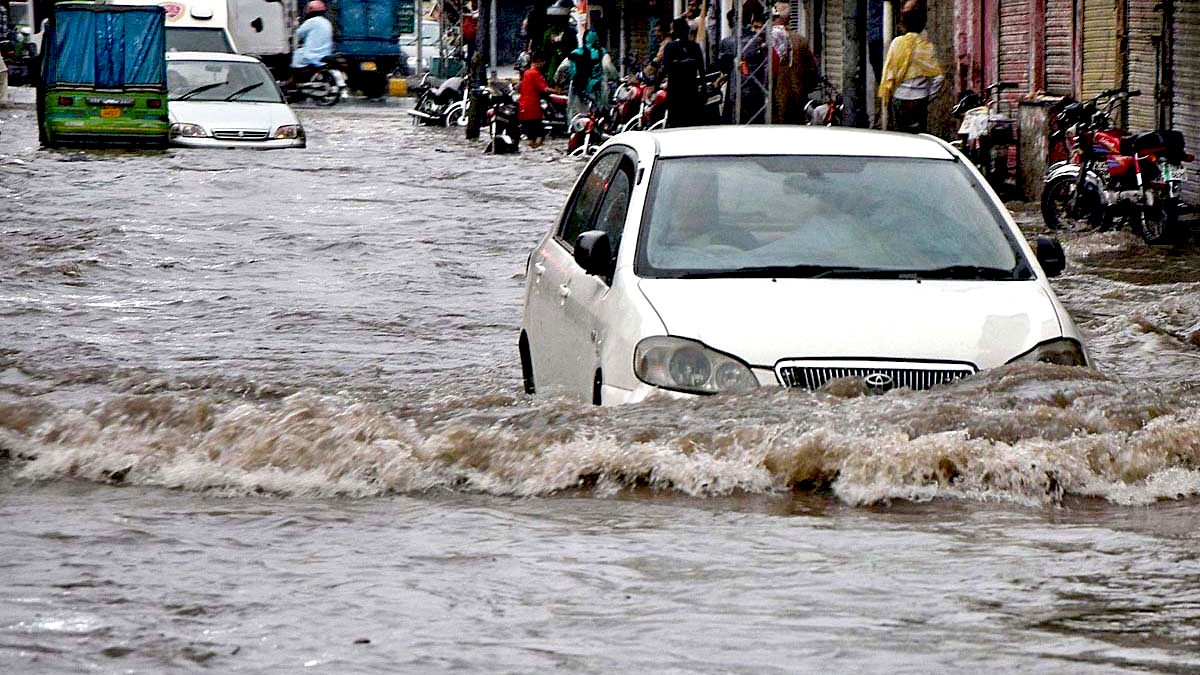 On Sunday, flash floods and torrential rains continued to wreak havoc across the nation, notably in Balochistan and Khyber Pakhtunkhwa, killing eight more people while destroying infrastructure and roadways.

130 people have died in the province of Balochistan as a result of accidents caused by flooding and rain.

According to the authorities, four more bodies were discovered stuck in the Sukkur Barrage gates, bringing the total number of fatalities during the past week to 27.

In Punjab, two girls perished when the house’s roof collapsed as a result of severe rain.

On Sunday, the situation in Balochistan’s Lasbela region, which has experienced the worst flooding to date, significantly improved, allowing traffic on the Quetta-Karachi route to resume after over a week. Three bridges collapsed, severely damaging the highway.

According to officials, the Pakistan Army and Navy helped the government in the Oraki region of the Lasbela district rescue over twenty people to safety, including women and children. Rohana Kakar, the assistant deputy commissioner of Lasbela, stated that after saving the victims from the floodwaters, “We have moved these folks to a safe spot.”

Bodies Being Washed Away in Floods

The body of a man who went missing after being washed away in flash floods two days ago near Noshki was discovered on Sunday, according to the authorities. Mirza Khan was the name of the individual. Another child’s body was pulled from floodwaters close to the Zhob neighbourhood.

Heavy rains in the Zhob area caused a considerable number of buildings to collapse, displacing residents.

Since a result of bridge collapses and roads being washed away, Awaran’s flood situation has gotten worse as the district as a whole has been cut off from the rest of Balochistan for the past four days.