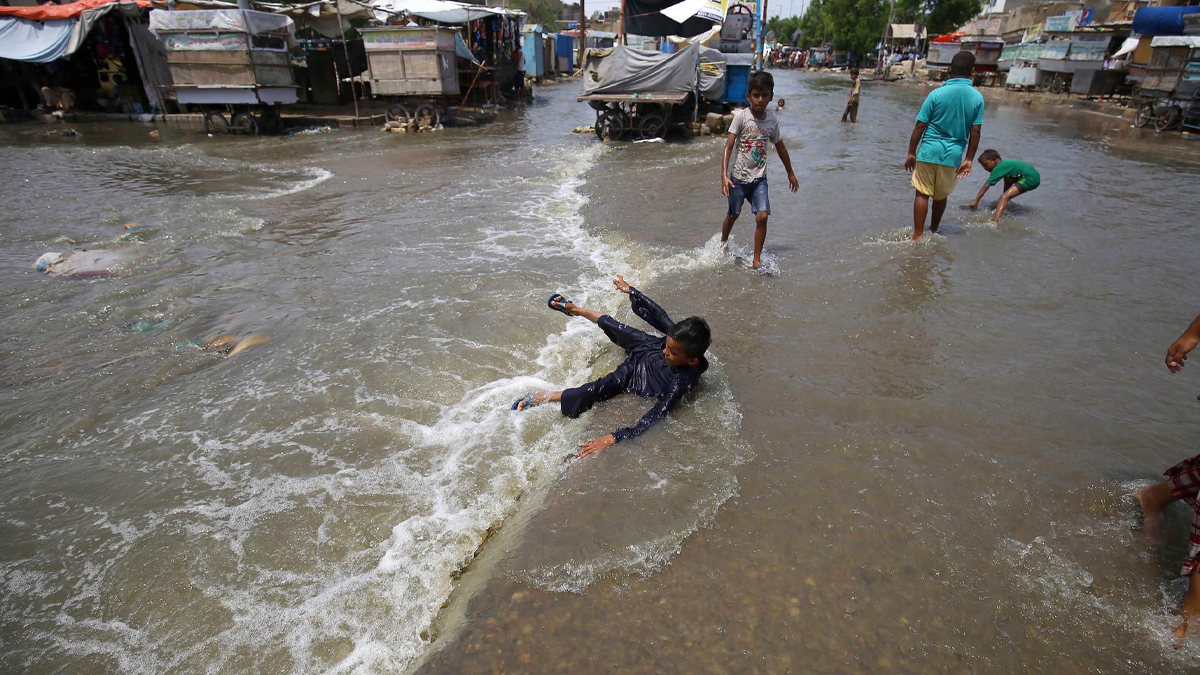 After torrential rains struck Chagai and Naushki districts last night, causing flash floods that also washed away some 100 homes and destroyed the bridge connecting Naushki with the Quetta-Taftan national highway, the railway track was damaged at three spots.

The track was harmed at the Naushki-Ahmedwall, Dalbandin-yak-Mach, and Nokkundi-Taftan sessions, according to a senior official who spoke to Dawn.

According to Sikandar Hussain Lashari, an officer with Pakistan Railways (PR), 30 track breaches were found in the Dalbandin section, and it would take at least three days to fix them.

He did, however, note that the ongoing alpine flash floods made it difficult to complete the rehabilitation work. Nearly 20 breaches in the Nokkundi-Taftan have been fixed, according to another PR representative in Nokkundi, Barkat Bugti, and the remaining ones will be fixed as quickly as feasible.

Flooding at the Quetta-Kandahar highway

After flooding at the Quetta-Kandahar highway and heavy rains that halted trade, the friendship gate at the Pakistan-Afghanistan border at Chaman was also shut.

On both sides of the borders, there were lengthy lines of trucks laden with products waiting for trade to resume.

A bridge and a road that connected the two provinces were damaged in Lasbela and Khuzdar, respectively, cutting off Balochistan’s connection to Sindh entirely.

Due to the destruction of large segments of the highway and the collapse of important bridges, traffic on the Quetta-Karachi highway is still suspended.

Indian and Pakistani FMs look beyond ‘bilateral tiffs’ at SCO