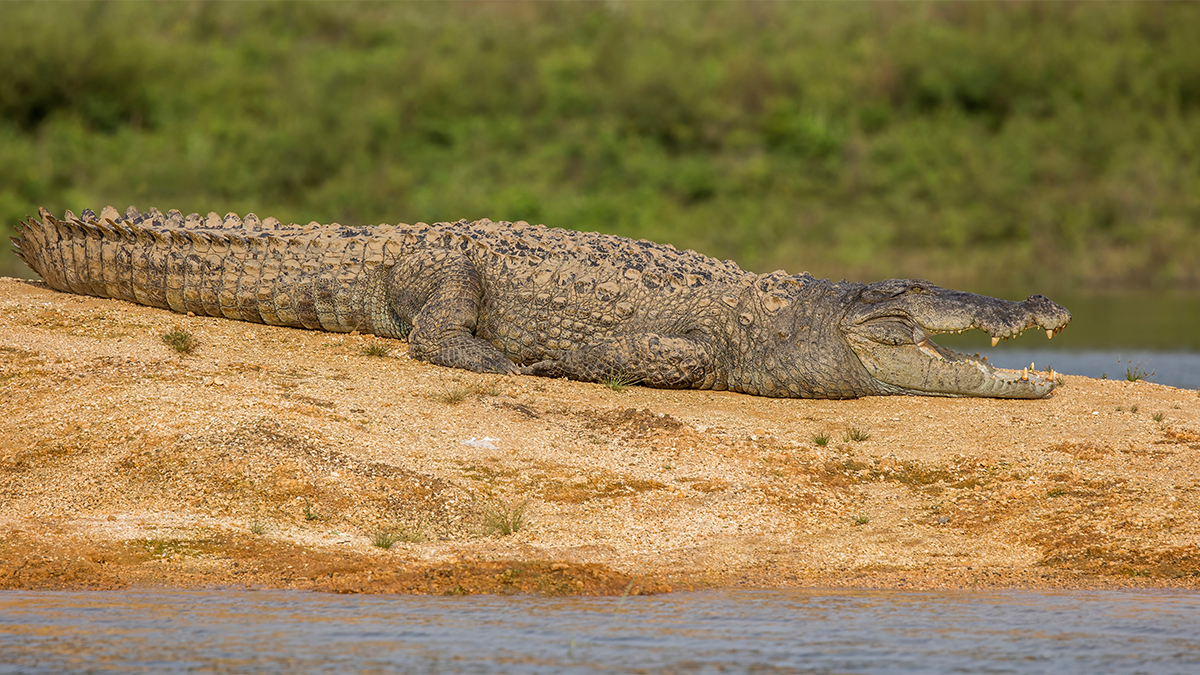 In the wake of heavy rains that raised the water level, residents of the villages surrounding Haleji Lake reported seeing a number of crocodiles enter nearby ditches and trenches on Thursday morning through cracks in the embankments, causing them to lose sleep that night.

After a dangerous operation to protect themselves and their family from the beasts, a group of locals in the Makke Dinu Jokhio hamlet near Jungshahi town successfully managed to rope in a crocodile that had foraged into the community in quest of food.

The villagers claimed that when a wildlife department officer and a policeman arrived, they just came to pose for photos with the imprisoned reptile and claim credit for the “successful rescue effort.”

The reptiles, according to them, occasionally enter surrounding villages. They recently killed 11-year-old Ayesha, hurt Baghal Jokhio, Ibrahim Mirbahar, Kallo Mirbahar, Maman Mirbahar, and other people nearby the lake’s banks, and dragged away 16 goats, two cows, one buffalo, and numerous other cattle.

Seven crocodiles were thrown into the lake as a gift from the previous chief minister Mumtaz Ali Bhutto, according to a wildlife department officer who was in charge of the reptiles.

Crocodiles are ferocious animals who constantly seek out opportunities to sneak into adjacent towns since money for their food was misappropriated.

According to government figures, the lake’s 6.58-mile (almost 1,700-hectare) surface is home to 200 marsh crocodiles. It is referred to as a “birds’ paradise” and is home to migrating Siberian species such coots, purple moorhens, kingfishers, and teals.

Indian and Pakistani FMs look beyond ‘bilateral tiffs’ at SCO