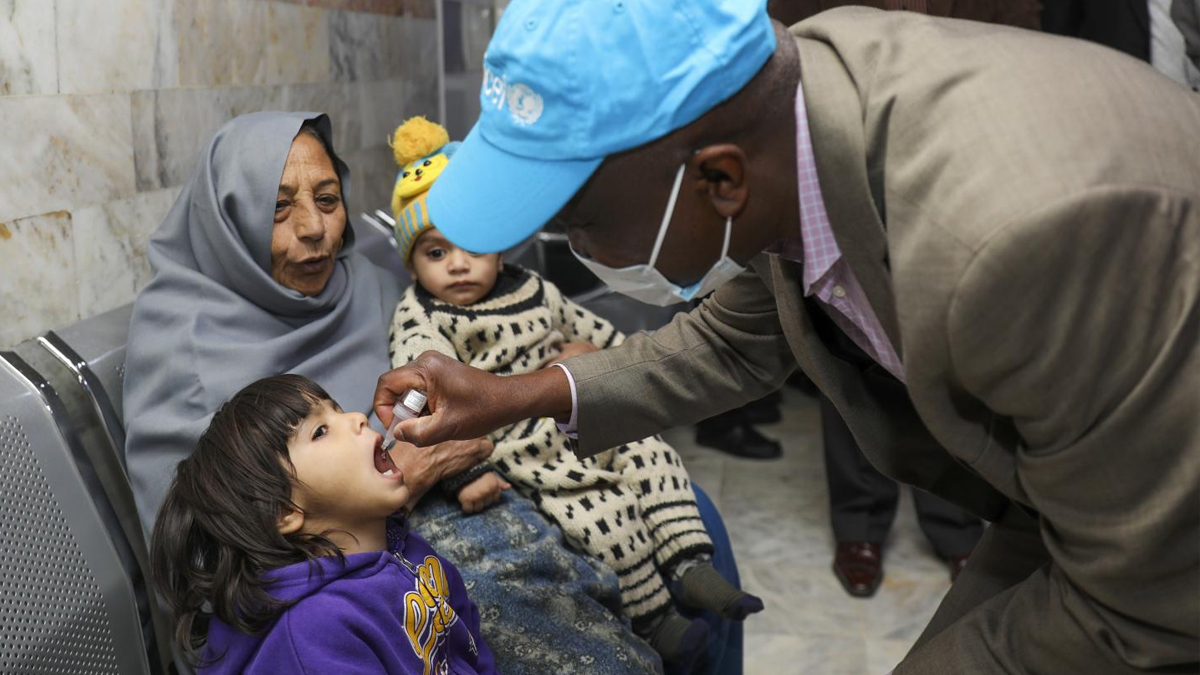 An eight-month-old child from the Miramshah tehsil of North Waziristan district is the most recent victim of Pakistan’s 14th wild poliovirus outbreak this year, according to a National Institute of Health (NIH) official on Wednesday.

The official informed that “this is the third wild poliovirus case from Mira­mshah and the thirteenth from North Waziristan this year.”

14 Casualties Were Under The Age Of Two

The sole instance outside of North Waziristan was recorded from Lakki Marwat last week. All 14 casualties were under the age of two.

According to a statement from the health ministry, polio efforts have been effective in eradicating the disease in more than 99 percent of the world’s population. Pakistan and Afghanistan, the only two remaining polio-endemic nations, have recorded 15 cases so far this year, with 14 cases coming from Pakistan between April and June and one case coming from Afghanistan in January.

The statement read, “Cross-border coordination efforts are still being made by the national emergency operations centres of Pakistan and Afghanistan. The nations coordinated two polio campaigns for May and June, and they are making sure that all children under 10 are immunised at all main crossing locations as well as immunising people of all ages at international crossings.

After nearly 15 months of being polio-free, Pakistan reported a case in April. Only one case was found in the nation last year.

Vaccinations Are The Most Reliable Approach To Shield Kids

The poliovirus is the primary cause of the extremely contagious disease polio, which primarily affects children under the age of five. It enters the nerve system and results in death or paralysis. Although there is no treatment, vaccinations are the most reliable approach to shield kids from this debilitating condition.

Under the instruction of federal Minister of National Health Services Abdul Qadir Patel, a special session was organised to assess the nation’s preparedness in light of the WHO’s declaration that the monkeypox outbreak is a “public health emergency of international importance.”

Director General Of The Health Ministry

The director general of the health ministry, the federal special secretary, and representatives from the interior ministry, CAA, Central Health Establishment, and FIA were also present.

The participants were advised, per a statement, that the situation was currently “fully controlled” and was being closely observed epidemiologically at national, regional, and international levels.