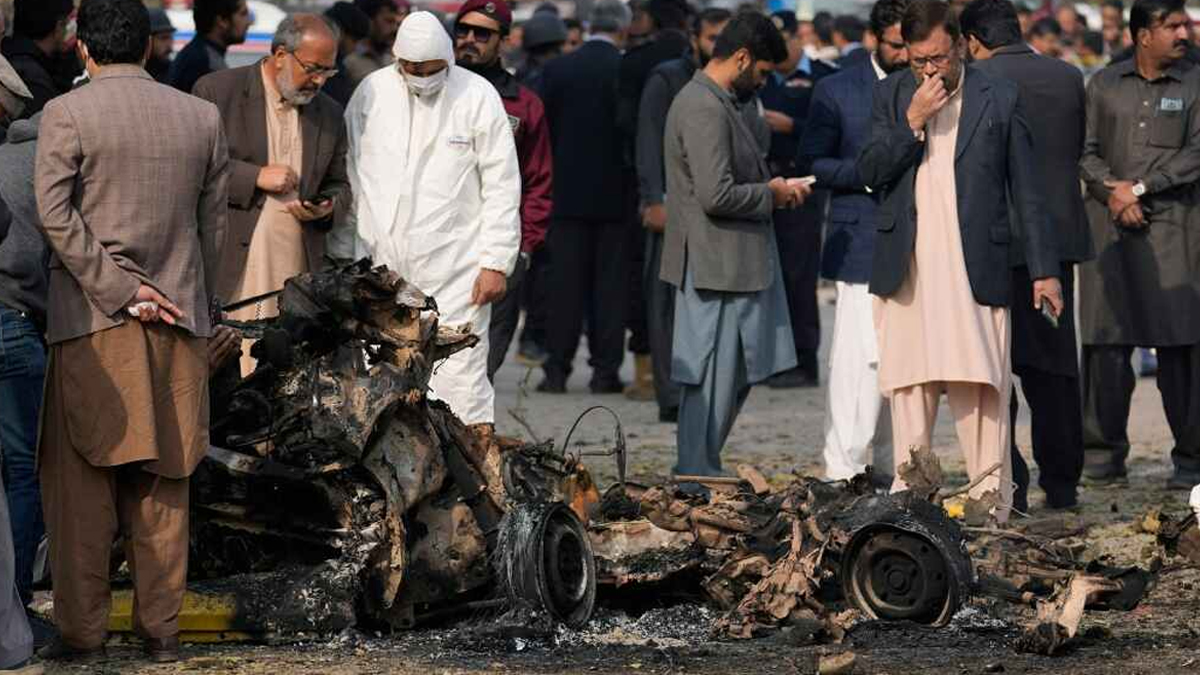 The Pakistan Taliban took responsibility for the city’s first suicide strike in years, which took place on Friday and left at least one police officer dead.

The low-level strikes that occurred in Pakistan‘s two largest cities, Lahore and Karachi, as well as in the border regions close to Afghanistan, mostly spared Islamabad.

Sohail Zafar Chattha, a senior police official, claimed that when he set off a device inside a suspicious cab driven by a guy and carrying a woman, policemen were following the vehicle.

At the scene, Chattha claimed, “They were halted and the long-haired man was asked to get out.”

He emerged, but he swiftly returned inside and depressed a button that caused the automobile to explode.

Although a policeman was confirmed deceased and six individuals, including four policemen, were injured, he said it was unclear what would become of the passenger.

Later, Tehreek-e-Taliban Pakistan (TTP) claimed responsibility for the explosion and stated that it was done in vengeance for the recent death of a prominent member by attacking “the enemies of Islam.”

In November, the group, which is distinct from the Afghan Taliban but shares a hard-line Islamist ideology with them, called off a stop-start cease-fire.

In the vicinity of the attack, Hajji Mohammad Saeed, a 60-year-old former government officer, urged that all conversations with the TTP should be halted.

They are inciting violence by exploiting this conversation.

Almost daily bombings once plagued Pakistan, but security has greatly improved since a military campaign that started in 2016.

Over the past year, attacks on security personnel have increased in the northwest border regions with Afghanistan; these attacks are attributed to militant organisations connected to the Pakistan Taliban.

Earlier this week, after suspected militants held at a police station overpowered their captors and kept them captive for three days, Pakistan’s defence minister Khawaja Muhammad Asif demanded the launch of a new security operation against the TTP.

He declared, “Terrorism is on the upswing once more.”

“We need to start this operation because there is a spillover effect from the situation in Afghanistan that is hurting Pakistan.”