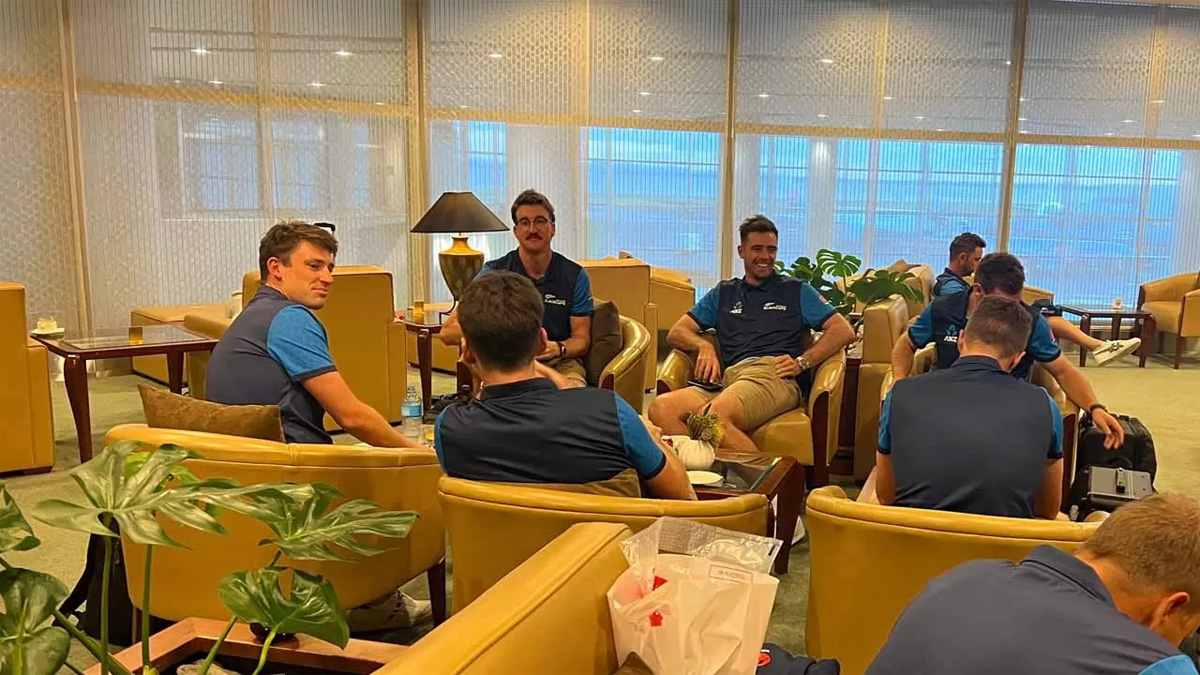 A year after cancelling their tour due to a security threat, the New Zealand cricket team returned to Pakistan on Thursday to play two Test matches and three one-day internationals. The arrival of the Kiwis follows England’s rout of Pakistan at home in a three-match Test series, which resulted in the dismissal of the host country’s cricket board president.

When they failed to show up at Rawalpindi Stadium in September of last year and said they were leaving, New Zealand deeply infuriated Pakistan. After Australia’s well-received tour in March, which was followed by two trips from England, they delayed the visit.

ODIs Will be Played in Karachi

Tim Southee, a seasoned fast bowler who currently captains the 15-man New Zealand team, will start the tour on Monday with the first Test in Karachi. On January 3, the second Test will begin at Multan. On January 10, 12, and 14, one-day internationals will be played in Karachi.

Hasan Ali, a fast bowler, was recalled to the Pakistani Test team, which was revealed on Wednesday. Shaheen Shah Afridi, the team’s spearhead, is out with a knee injury.

Pakistan will have the opportunity to improve during the Test series against New Zealand following an embarrassing loss to England.

When a bomb went off outside their hotel in Karachi in 2002, killing 14 people including French naval personnel, New Zealand had to end their tour. In 2003, they went back but skipped the massive port city.

The attack on the Sri Lankan team bus in 2009 made Pakistan a no-go location for international cricket, requiring Pakistan to play home matches at neutral locations, primarily in the United Arab Emirates.

But after significant security upgrades in 2015, international cricket has slowly resumed, and this year has been a busy home season with visits from Australia, England, and New Zealand.

The Most Popular Sport in Pakistan