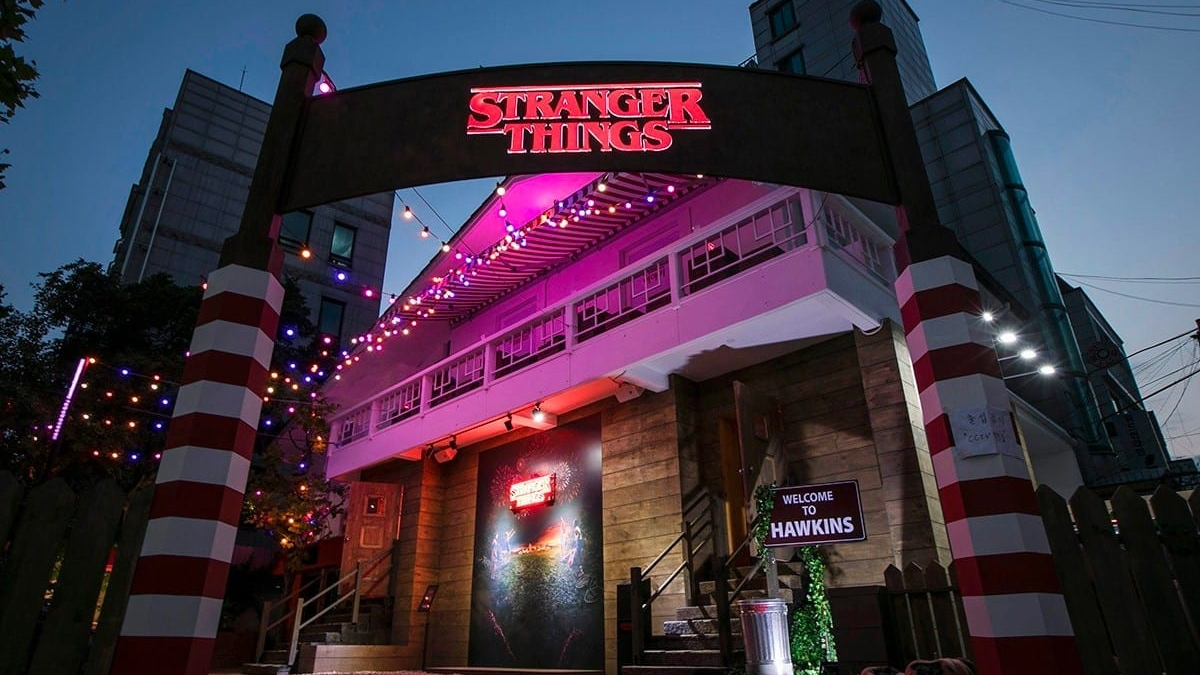 Stranger Things fans in Japan can eat demonic pasta and dance out to classic 1980s tunes at a pop-up cafe inspired by the Netflix horror show.

The shop, a collaboration with local food chain Pronto Corp, recently extended its operation in Tokyo’s famous Shibuya district by several months due to high demand. Stranger Things has remained one of the top ten shows on the streaming service in Japan since the fourth season debuted in May.

The inside has replicas of shops and sets from the show, which is located in the fictional US town of Hawkins, Indiana, as well as its dark-mirror underbelly known as the Upside Down by the pre-teen characters.

Visitors may pose for photos with the drama’s famous Demogorgon monster while songs from the show, such as Kate Bush’s ‘Running Up That Hill,’ play in the background.

Diners can eat delicacies inspired by the show, such as squid-ink pasta made in the shape of the monster’s head or the waffles coveted by Eleven, the psychically powered main character.

To avoid the possibility of transmitting Covid-19, which is currently doing havoc on Japan, visitors must make a reservation, and only around 20 people are permitted inside per hour.

“Every day around midnight, I’ve been attempting to reserve a table on my phone,” said Kimiko Nakae, 29. “There is finally an opening today because someone cancelled the reservation.”

Themed restaurants and cafes have a long history in Tokyo, with everything from ninja waiters and exotic animals to vampire-inspired cuisine.

However, the tourism industry, like many others, has been heavily damaged by the pandemic. The Lockup, a series of haunted prison meals, shuttered its final location last month after a 23-year existence, joining the destiny of the legendary Robot Restaurant, a flashy music and dance spectacular in Kabukicho’s red-light district that closed in March 2020.