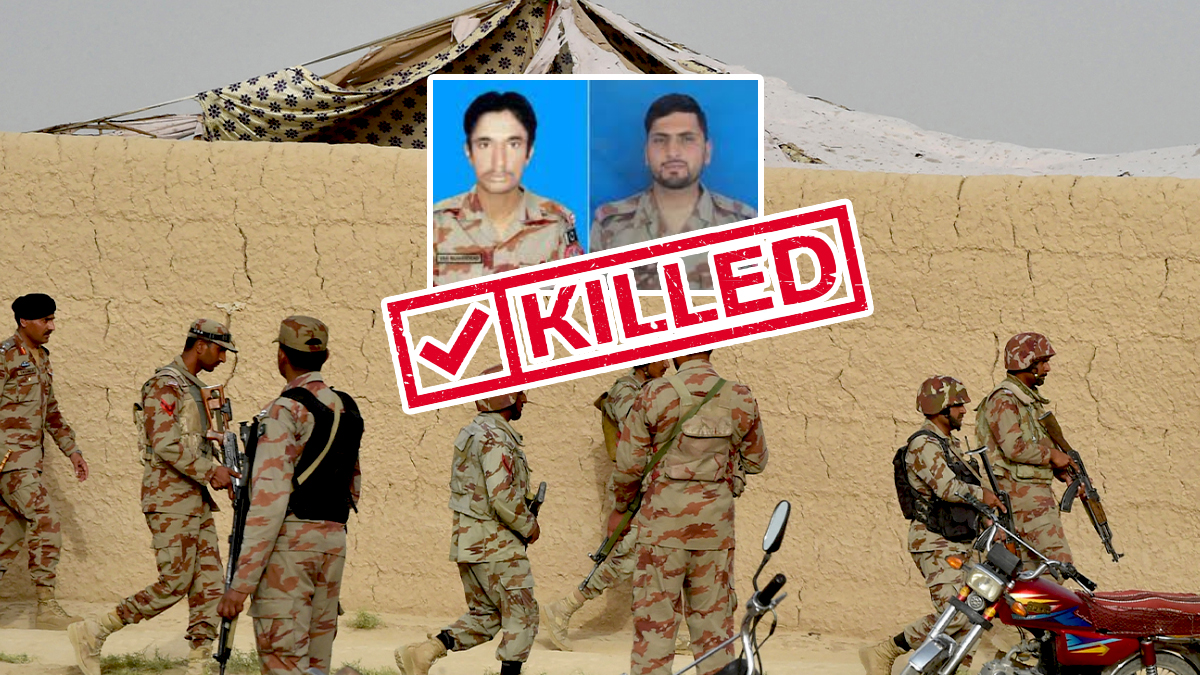 In separate incidents in Balochistan, two Pakistan Army personnel embraced martyrdom amid an uptick in militant attacks on security forces.

The Inter-Services Public Relations (ISPR), the army’s media affairs department, stated in a statement on Sunday that terrorists attacked a checkpoint in the Khost area of the Harnai district, killing two soldiers and injuring an officer as a consequence of heavy firing.

“Having successfully repulsed the distant fire raid, the escaping terrorists were chased into the neighbouring mountains,” the statement claimed, adding, “As a follow-up, a significant exchange of fire occurred between terrorists and a security forces patrol as well.”

It was reported that during the skirmish, Naik Atif and Sepoy Qayyum, in addition to Major Umer, embraced martyrdom.

According to the ISPR statement, the security forces are still determined to “thwart attempts to sabotage Balochistan’s peace, stability, and progress.”

According to APP, Prime Minister Shehbaz Sharif “strongly condemned” the checkpoint attack. The prime minister expressed “grief and sorrow for the martyrdom of Naik Atif and Sepoy Qayyum who foiled terrorists’ wicked objectives” in a statement.

He appealed to Allah Almighty to “raise the victims’ ranks in paradise and grant courage to the grieving family to bear [the] loss.” He also prayed for Major Umar’s quick recovery. PM Sharif stated that the Pakistani people would never forget the martyrs’ sacrifices.

Unknown individuals fired a hand grenade at the official residence of the deputy commissioner, Abdul Razzaq Saloli, in Panjgur, injuring a Levies official and damaging vehicles.

According to police, the grenade exploded in the backyard of the DC house. The explosion injured levy operator Sagheer Ahmed and damaged four cars, including a bulletproof vehicle.