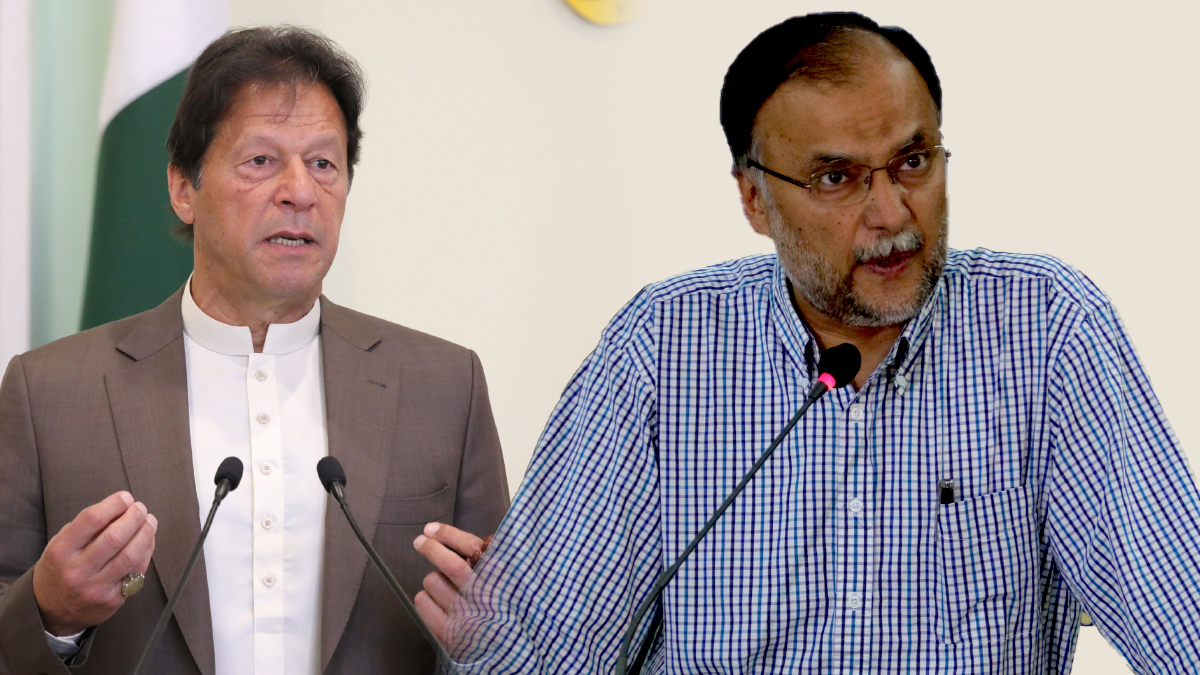 Conspiring To Divide The Pakistani Army

Imran Khan has been conspiring to divide the Pakistani Army at the behest of his “external sponsors”, said Federal Minister for Planning and Development Ahsan Iqbal here on Sunday.

Speaking at a flag-hoisting ceremony attended by PML-N local leaders and workers, the former interior minister said the Pakistan Tehreek-i-Insaf chairman wanted to get “real freedom” by breaking the army’s discipline.

He said Imran Khan was doing “political sabotage” in Pakistan by taking funds from India and Israel.

He said the party Quaid Nawaz Sharif would return to Pakistan before the next general election.

Mr Iqbal said it had always been the PML-N’s stance that the institution of the army should remain away from politics.

He said whenever the situation in Pakistan improved and the country’s economy started moving towards development, Imran started staging sit-ins and strikes in the country, citing the PTI’s 2013 agitation that resulted in the postponement of the Chinese president’s visit to Pakistan.

He said after the PTI government emptied the country’s coffers, the genie of poverty and inflation came out of the bottle, while the country was crushed under the burden of external debt.

He said that after Pakistan went for nuclear tests in 1998, restrictions were imposed on it, but the situation was not as bad as it was during Imran’s government.

Terming Imran’s slogan of “real freedom” the biggest joke on the country, Ahsan Iqbal said it could not be achieved by destroying the country’s economy or plunging it into a debt crisis and destroying projects like CPEC.

He said real freedom could only be achieved by strengthening the country’s economy and freeing it of foreign debt.

Blasting Imran’s claims of “saying no to slavery,” he said the PTI chairman was sending envoys to the US and begging the American ambassador to arrange a meeting with President Biden.

PTI Had No Candidates

He said if Imran Niazi was contesting by-election from nine constituencies of the National Assembly, it clearly meant that the PTI had no candidates there.

Ahsan Iqbal said now Imran Khan himself was seeking ‘NRO’ in the foreign-funding case, but “we will not give it to him.”

He claimed that Imran was repeatedly sending messages seeking reconciliation and closure of the foreign funding case, but it would not be closed now.