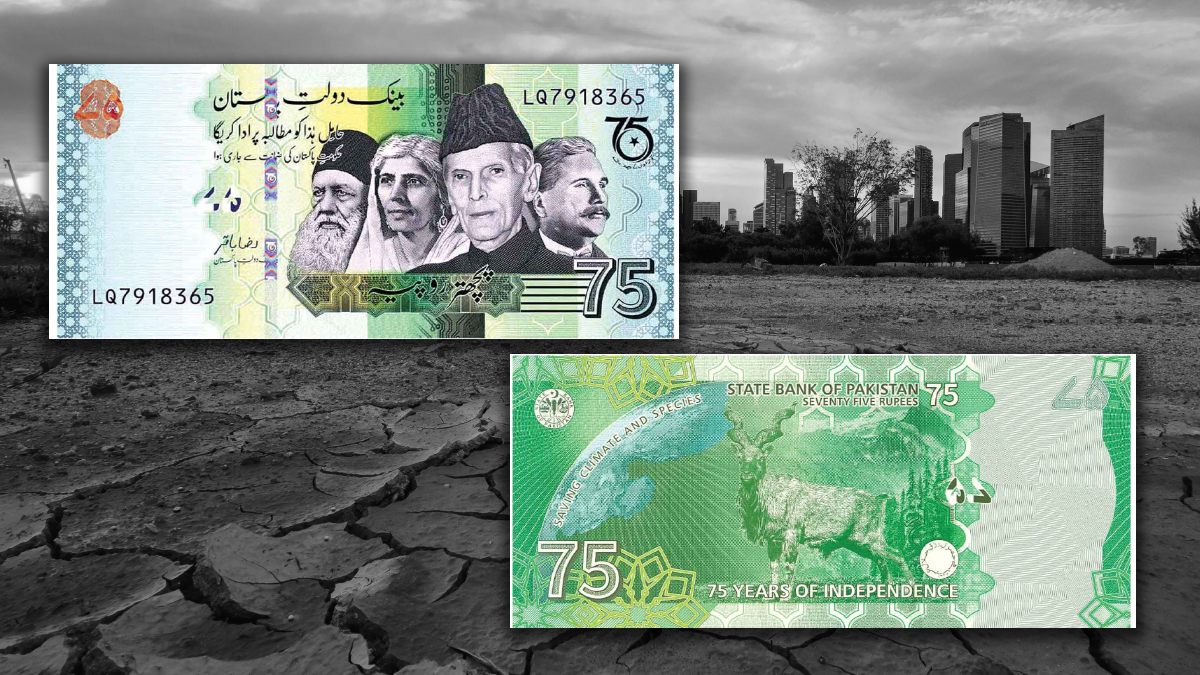 According to the SBP, the green and white currency note features yellow tones, where the green indicates growth and progress and is inspired by the country’s Islamic identity, and the white colour emphasises the religious variety of the population.

“The Markhor and Deodar trees depicted on the reverse of the Banknote highlight our national commitment to addressing climate change and its consequences,” the SBP stated in a statement.

SBP Acting Governor Dr Murtaza Syed remarked during the unveiling ceremony at the SBP Museum that while coins and postage stamps were often issued to honour days of national importance, the SBP rarely released a commemorative banknote.

Speaking about the economy’s issues, Dr. Syed warned citizens not to believe falsehoods spread on social media. He hoped that the key IMF bailout programme would offer relief to the country and that Pakistan would not be as vulnerable as countries that did not have the IMF programme.