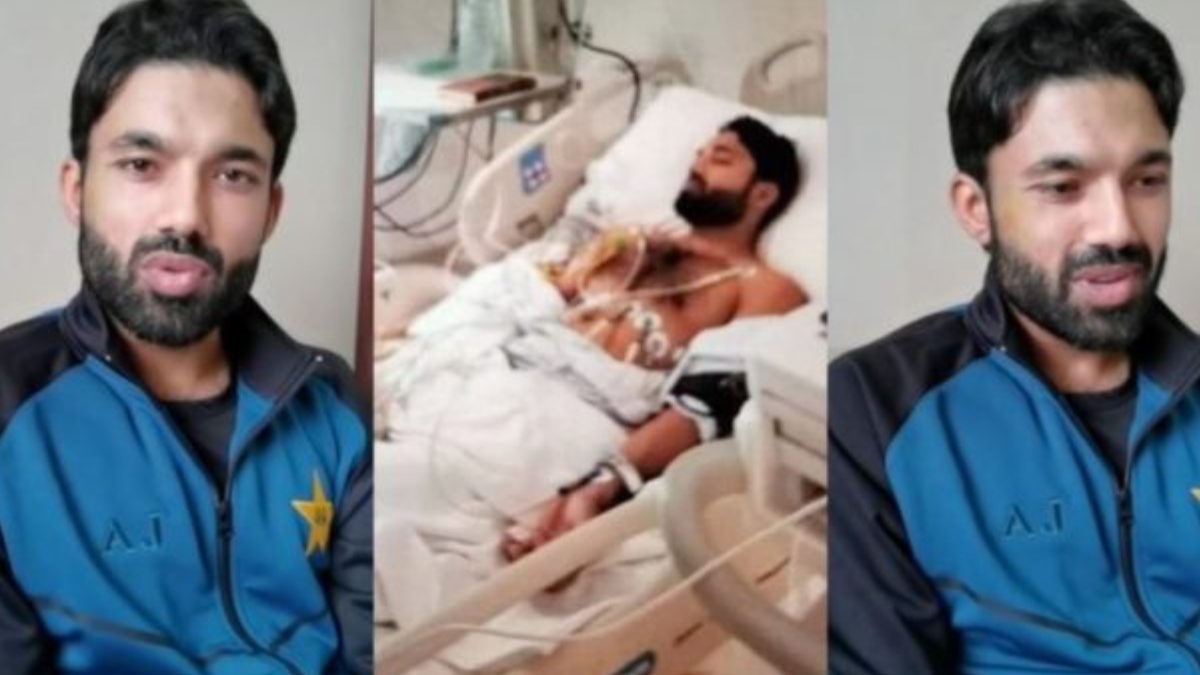 Played an innings of 67 against Australia in the semi-final of the T20 World Cup, pictures of the Pakistan opener resting in a hospital bed went viral.

During the mid-innings interval, coach Matthew Hayden revealed that Rizwan was ill until the day before the match. “I praise Rizwan, who was in the ICU for the past two days but managed to garner the courage to show up for the crunch tie,” said Hayden.

Later, it emerged Rizwan remained in the ICU due to a chest infection. The batter had been suffering from persistent cough, intermittent fever, and chest tightness for a few days before being hospitalised.

After his tests were conducted, the results said that Rizwan had a severe laryngeal infection, which also led to bronchospasm and an oesophagal spasm.

The Pakistan batter has now made a full recovery. In an interview, he has also shared details of the grave injury. Rizwan also recalled what the doctors upon admission told him.

He said that when he reached the hospital, he wasn’t breathing. “The nurses there told me that my windpipes had choked. They were not revealing anything further. I was just told that I would get better and be discharged soon. During the afternoon, they told me that I would be discharged later in the evening. So, I inquired with one of the nurses regarding the scenario, and I was told that if I had been 20 minutes late to the hospital, my windpipes would have burst.”

On the other hand, the cricketer has also revealed why he carries a pillow with him everywhere. He said the pillow addresses a health-related issue for him. “This is purely a medicated pillow,” he said in the video. “Wicket Keepers usually face some neck-related troubles, and I am one of them. This pillow helps me have a relaxed sleep at night.”

Karachi to get cooler December onwards