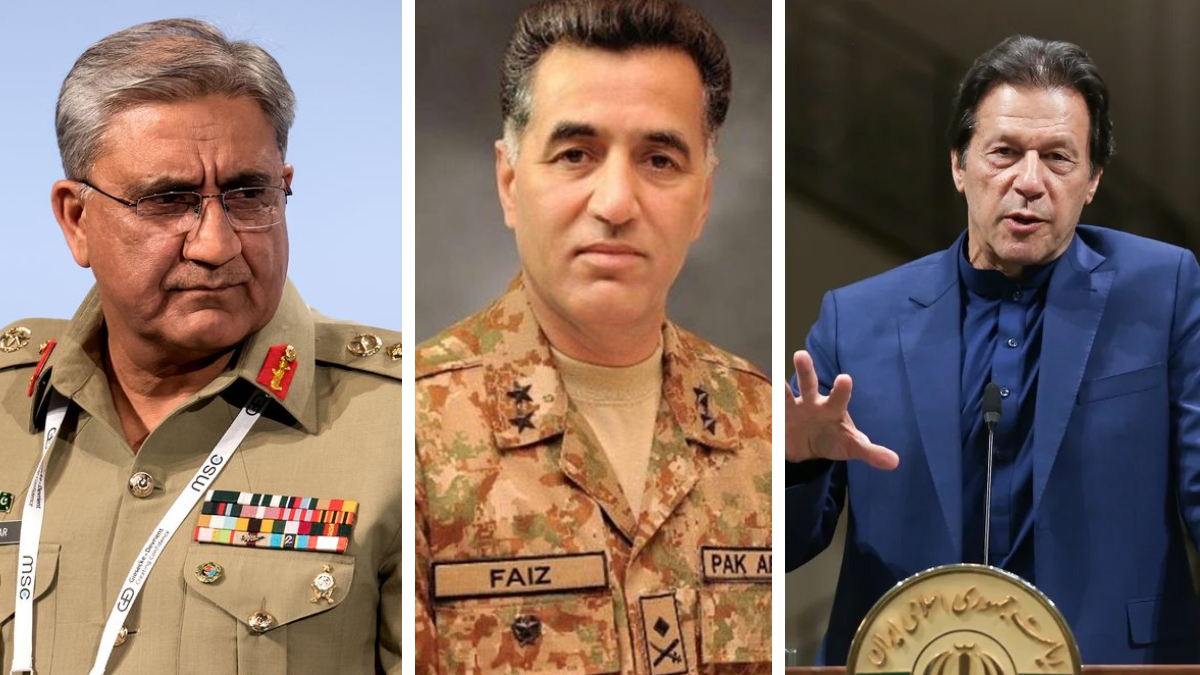 On Thursday, the Pakistani Prime Minister met with Army chief General Qamar Javed Bajwa and discussed national issues involving civilians and certain issues of the military. Along with Imran Khan and the army chief, the director general of the Inter-services Intelligence Lt Gen faiz Hameed was also present.

Usually such meetings are concluded with the Prime Minister’s office rolling out a press release but this time, no announcement about the minutes of the meeting were made public or nor there was a press conference. One of the officials said that the meeting was done to discuss the internal as well as the external situation of the country.

The last couple of months saw the army chief, the prime minister along with the ISI director meet publiclay but the details about the meeting are not yet known in the public view and a very general composition of the whole instance was given by the office.

People however, linked the meeting with the recent political developments in the country especially the ones that are against the ruling party. The political sphere in Pakistan has experienced turmoil after the opposition parties came together to stand against the PTI and blame them for border instability.

The vice president of PML-N Maryam Nawaz has pointed fingers at the inability of the Imran Khan government to not able to stop India from taking the crucial part of Kashmir. Many experts also believe that the meeting might come after the ruling coalition lost the Senate elections.

The Finance Minister of the ruling party Abdul Hafeez Shaiikh lost to the opposition’s candidate who was also the former prime minister, Yousuf Raza Gilani. The lost seat sparked a lot of concerns in between the senior members of the PTI, who were now suspicious of continuing with the party, reports local media.