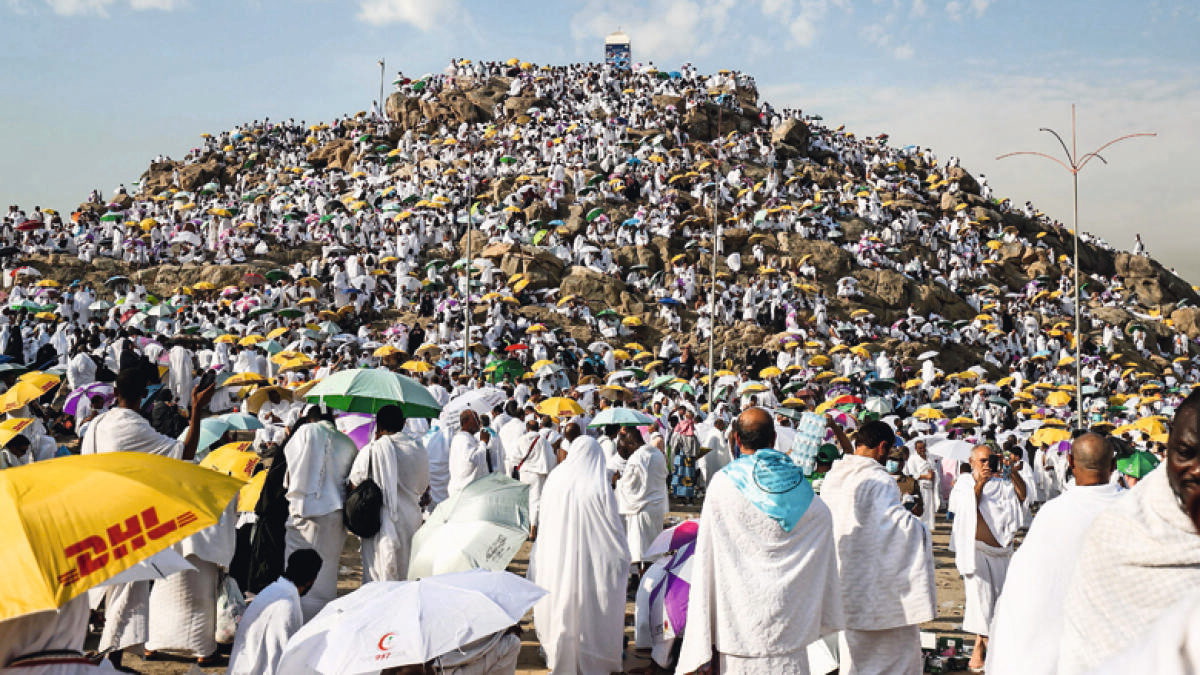 The largest Haj pilgrimage since the pandemic prompted significant population reductions for two years in a succession began with massive crowds of pilgrims beginning their prayers on Saudi Arabia’s Mount Arafat early on Friday.

A maximum of one million worshipers, including 850,000 foreigners selected by lottery, spent the night at camps in the Mina valley, seven kilometres from Makkah’s Grand Mosque.

Prophet Muhammad (Peace Be Upon Him) Gave His Last Sermon

For the most significant of the Haj ceremonies, they gathered on Mount Arafat in the early hours of Friday, where the Prophet Muhammad (Peace Be Upon Him) gave his last sermon.

They would remain on the spot all day, praying and reciting verses from the Quran.

They’ll travel to Muzdalifah after dusk, halfway between Arafat and Mina, and spend the night there in the open air before executing the symbolic “stoning of the demon” ritual on Saturday.

The region is experiencing a resurgence of Covid-19, and some Gulf countries have tightened restrictions in an effort to contain breakouts. This year’s Haj is taking place against this backdrop.

All participants had to provide documentation of their full immunisation history and negative PCR results. On Thursday, they received tiny bags filled with masks and hand sanitizers when they arrived in Mina.

The Haj is one of the five pillars of Islam and is required of all Muslims with the means at least once in their lifetimes. It is often one of the largest annual religious gatherings in the world.

2.5 Million Muslims From Throughout The World Participated

As in previous years, almost 2.5 million Muslims from throughout the world participated in 2019.

However, the coronavirus outbreak has subsequently compelled the Saudi government to drastically scale back the Haj. Only 60,000 fully immunised kingdom citizens and residents took part in 2021, an increase from a mere few hundred in the previous year.

Even in ideal circumstances, the trip may be physically taxing, but this year’s devotees have had to contend with an additional obstacle: a searing sun and temperatures that reached 42 degrees Celsius.

Islam prevents males from donning headgear once the rituals begin, yet many have been observed using umbrellas, prayer mats, and in one instance, even a bucket of water to provide protection.

Women must wear scarves to cover their heads, however.

Many of the worshipers on the mountain Friday morning sobbed as they prayed and brought umbrellas in anticipation of the hot weather later in the day.