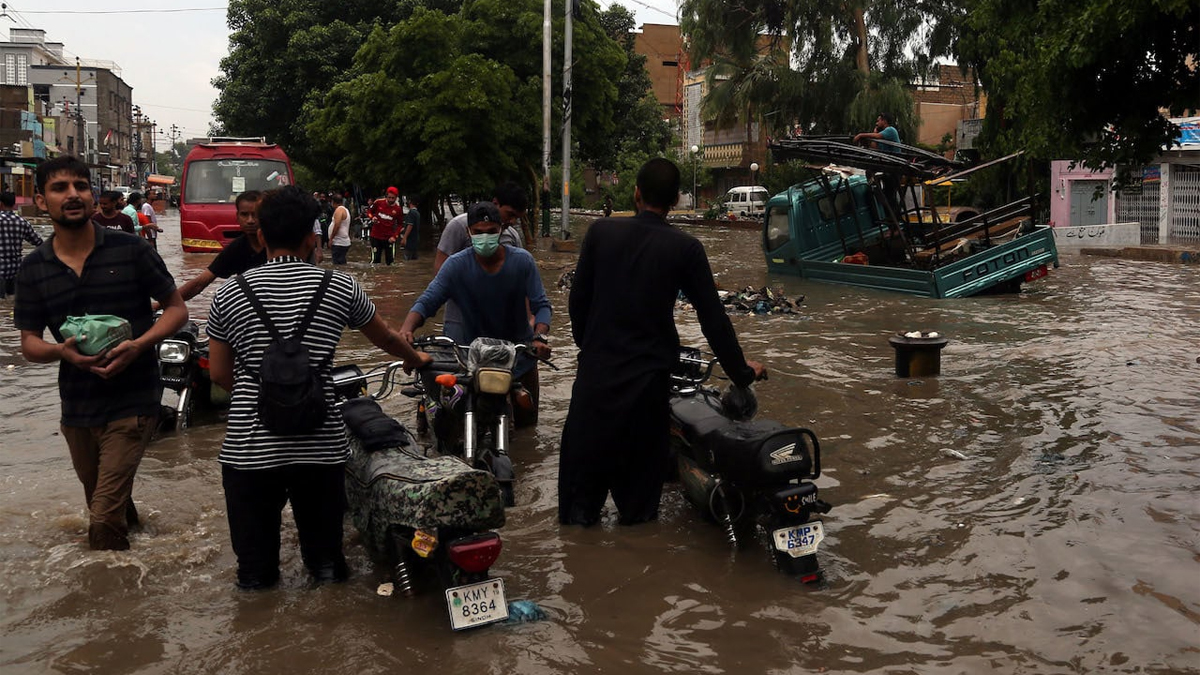 As a result of the devastating floods that have affected Pakistan since July, which have already claimed at least 830 lives, the government decided on Tuesday to launch an international appeal to raise money for relief efforts, flood victims’ rehabilitation, and infrastructure repair.

The National Disaster Management Authority (NDMA), which was called in to examine the damage caused by floods and inform the development partners and funders of the severity of the crisis, made this decision during an urgent briefing on the flood disaster in Pakistan.

Prime Minister Shehbaz Sharif made a plea to the nation to support the flood victims in addition to looking externally for assistance to lessen the destruction caused by the unusual monsoon downpour, as the government needed hundreds of billions to rehabilitate the flood victims.

The prime minister stated in a video message that “the current relief operation needs Rs 80 billion and hundreds of billions of rupees also required to overcome the damages as well as for rehabilitation of the victims.”

The premier provided information about the government’s relief announcement, stating that the government was releasing Rs37.2 billion as financial relief and that Rs5 billion had been “immediately” granted to the NDMA to speed up the rescue efforts.

According to PM Sharif, monetary assistance totaling Rs25,000 has been given to flood victims. Similar to that, he continued, the government will also give the families of the deceased Rs 1 million in compensation in addition to further aid for the hurt and reimbursement for property damage.

The planning minister Ahsan Iqbal’s NDMA meeting attendees were informed that the floods had already claimed 830 lives, injured at least 1,348 people, and made thousands of people homeless across the nation.

The planning minister requested that the governments of Sindh and Balochistan, the two worst-hit provinces, formally requisition the military for assistance in coping with the catastrophic floods during the meeting.

As she acknowledged Pakistan could not handle the crisis on its own, Climate Change Minister Sherry Rehman asked for immediate humanitarian assistance and rescue efforts in the wake of disastrous floods.