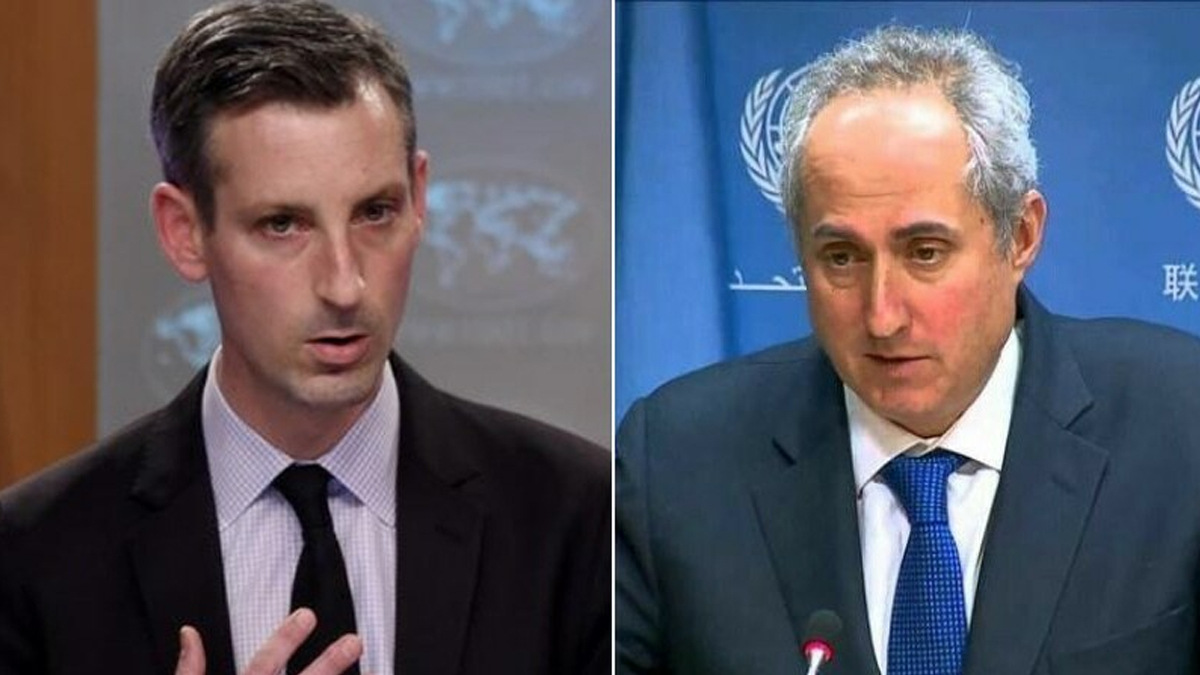 The political unrest in Pakistan was also heard far away in the United States, where the State Department emphasised the need to adhere to “democratic, constitutional, and legal” values and the UN chief encouraged Islamabad to maintain the impartiality of the legal system.

The uproar that followed PTI leader Imran Khan’s divisive comments about a female judge and the Islamabad police also caught the attention of the US media and Washington’s think tanks, where experts encouraged the government and opposition parties in Pakistan not to upset the apple cart.

When a reporter questioned the UN chief about recent political developments in Pakistan on Monday afternoon in New York, the topic was also raised. Secretary General Antonio Guterres was “informed” of the accusations made against Imran Khan, according to Stéphane Dujarric, the UN chief’s spokesperson, who also emphasised the “need for a competent, independent, and impartial legal procedure.”

“The secretary general calls for calm, a lowering of tensions, and adherence to the law, human rights, and basic liberties,” he said.

Ned Price, a spokesperson for the US State Department, stated that while Washington was aware of the accusations against Imran Khan, it was “a issue for the Pakistani legal and judicial system.” At a news conference, Mr. Price said, “We don’t have a position on one political candidate or party versus any other political candidate or party, so it is not directly a concern for the US.”

“The peaceful maintenance of democratic, constitutional, and legal norms in Pakistan and throughout the world is supported by the United States,” he asserted.

Lawsuits against the Islamabad police

Imran Khan vowed to file lawsuits against the Islamabad police in his speech on Saturday night. He also warned the courts that it will be held accountable for its claimed “biassed” treatment of his party. Imran Khan is facing contempt of court charges after the legal system strongly objected to his outburst toward a female judge.

The New York Times stated in a report on the state of affairs in Pakistan that “the action against Imran Khan represents a major escalation of the government and the former leader’s power struggle and risks further public turmoil.”