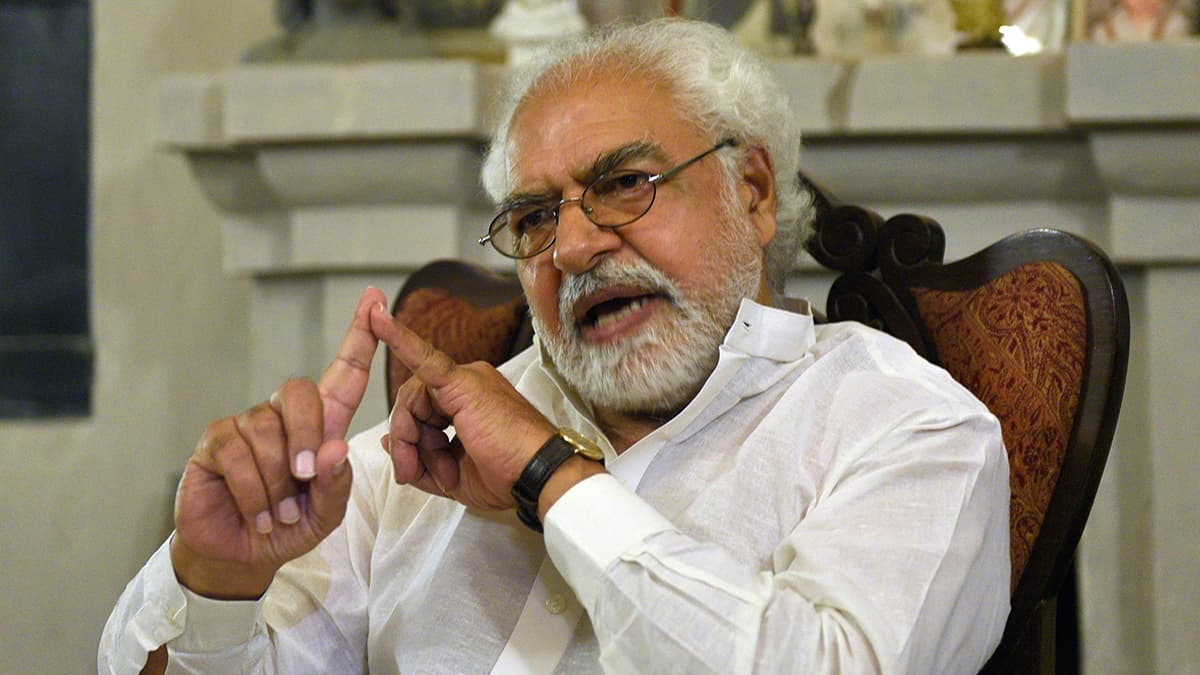 Unidentified guys attacked him in Lahore

Senior journalist Ayaz Amir said in a statement to Dunya News that “unidentified guys” attacked him in Lahore on Friday night.

Amir, a senior analyst for Dunya News who was obviously upset and had bruises on his face, claimed that a car stopped him as he was leaving his office to film his show.

“A man with a mask on came out of the car and grabbed my driver. A few more men showed up by my side as I was questioning the man, unlocked the door to my car, started punching me in the face, and hauled me out,” according to Amir.

Men Also Assaulted Him While Driving

He claimed that the men also assaulted him while driving. People started congregating on the busy road, he added, and the attackers then made off with his wallet and cell phone.

Pictures of the journalist sitting in a car with his shirt shredded were spreading on Twitter.
The event happened the day after Amir gave a speech at a seminar sponsored by the Islamabad High Court Bar Association on the subject of “Regime Change and its Fallout on Pakistan,” which PTI Chairman Imran Khan also attended.

Amir criticised the country’s military institution in his speech, which was widely shared by leading journalists and portions of which went viral on social media. He also drew attention to problems with Imran Khan’s tenure as prime minister.

Reports of the assault on Amir were posted on Twitter

Imran vehemently denounced the “violence” against the veteran journalist as soon as reports of the assault on Amir were posted on Twitter.

“With violence and fabricated FIRs against journalists, opposition politicians, and ordinary residents, Pakistan is sliding into the worst type of fascism. Violence is used by the state when it has no moral standing,” according to the PTI chairman in a tweet.

Following the assault, Punjab Chief Minister Hamza Shehbaz requested a report from the inspector general of the Punjab police.

He claimed in a statement that the attackers would soon be apprehended and dealt with.
“The incident is completely unacceptable. Justice will be administered in this matter,” the chief minister continued.