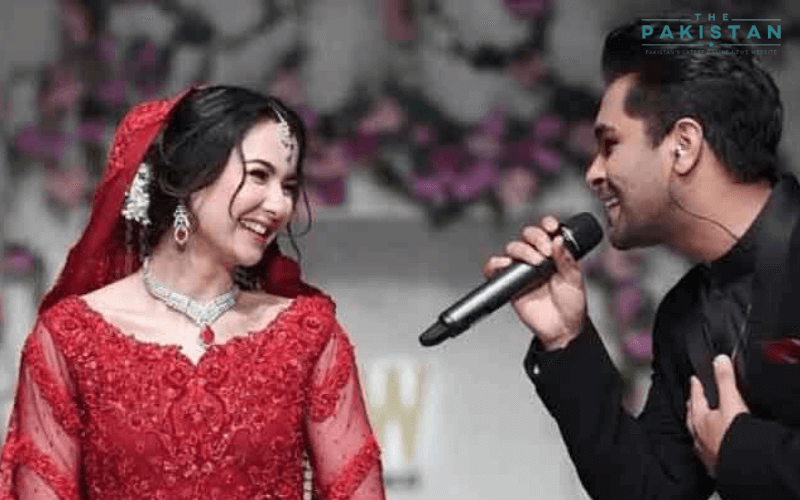 “He’s asking if we’re still together. We’re friends, we’re not together, we’re not dating, we’re not a couple. But we are best friends,” she said. The answer even surprised Aima Baig, who said “even i am hearing this for the first time.”

To which, Amir said that we are not in a relationship but continue to remain best friends. “No no listen, actually, we’re great friends. We’re there for each other and I even played a part in his video,” referring to her appearance in the recently-released song Tum Tum.

Hania Amir can be seen in the opening and closing scenes of the song and was criticised by social media users for her dress.

Amir further said that “and I’m going to make him help me with a song that I’m doing. He’s going to be there for that and I hope I can make him do it.”

She goes on to add that “but as far as relationships and ‘are you together?’ is concerned, I’m not with anyone.”

Hania Amir and Asim Azhar have been in a relationship for over a year now. The two have been seen commenting on each other’s pictures, walking the ramp together, appearing in songs and often clicked with each other as well.
Last year when asked about his relationship with Hania, Singer Asim Azhar had said “I feel like she’s the kind of person that brings a lot of positivity in my life.”