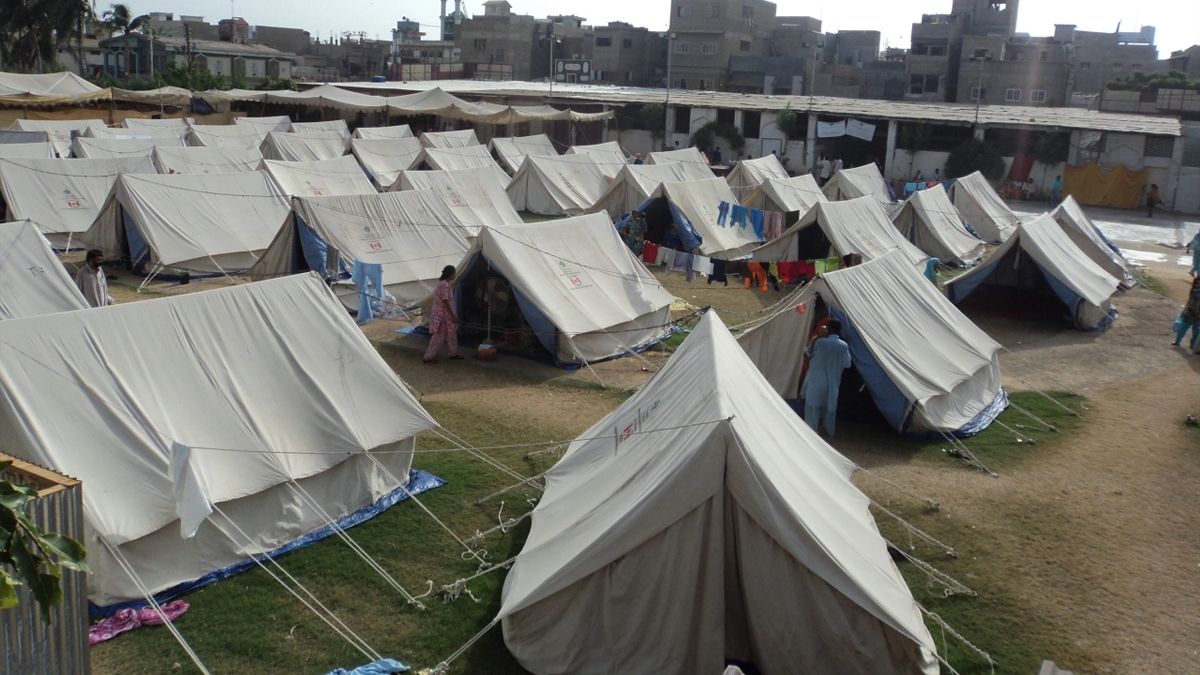 The disaster has caused about 3.6 million workers to lose their jobs, severely affecting the livelihood of more than 33 million people. More than half (54%) of the families affected by the country’s massive floods are sleeping outside, in tents or improvised shelters, frequently no more than flimsy plastic sheets.

The majority of the families polled had lost their homes, and they were living in poor conditions near roadsides, utilizing scraps of cloth or tarpaulin for cover, according to a survey by Save the Children, a UK-based nonprofit organisation.

According to the organisation, one in six people had no shelter at all. It also stated that more than half of those examined had no access to toilets and were defecating outside in stagnant water, increasing the risk of the spread of dangerous diseases like cholera and dysentery.

According to the report, 80 percent of families reported having insufficient access to clean water, and many individuals were forced to drink from contaminated sources as a result of the floods.

“Pakistan is now in the grip of a major health emergency, and we are seeing children die from water-borne diseases every day, and things will only get worse the longer they go on sleeping outside without shelter, food, or water,” said Khuram Gondal, Country Director for Save the Children in Pakistan.

The nonprofit organisation claimed it was offering food, temporary housing, and medical aid to families who had lost everything as emergency relief. The organisation is running two medical camps in Swat and Khyber-Pakhtunkhawa where it is giving children suffering from ailments connected to the floods life-saving medical care.

In the meantime, Sajid Hussain Turi, the minister for Overseas Pakistanis and Human Resource Development, stated at a press conference on Tuesday that the massive floods brought on by monsoon rains had negatively impacted the livelihood of more than 33 million people nationwide by displacing about 3.6 million workers. At the press conference, he was joined by a representative of the International Labor Organization (ILO) and labour leaders.

US, China Prompted to Set Aside Differences to Combat Climate Change