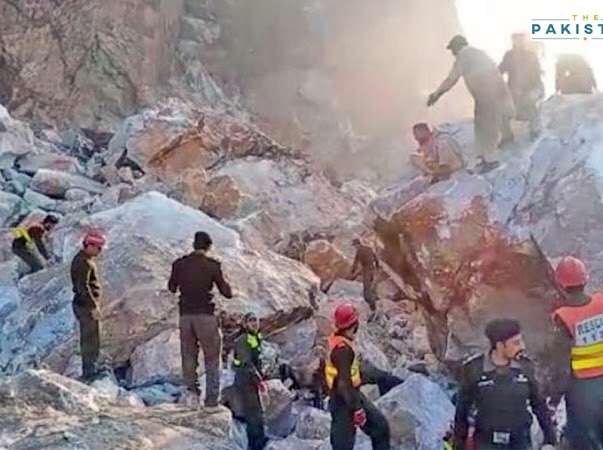 More than 17 people — miners and workers on the premises have been killed in a landslide at the marble excavation site in Mohmand, Khyber Pakhtunkhwa, local media outlets quoted rescue officials as saying on Tuesday.

A massive landslide sent a huge debris of rocks and other earthly materials crushing down the mine where workers were busy in excavating rare marble. The massive debris collapsed some of the tunnels and cut off workers from exiting the premises.

Provincial and district administration, Rescue 1122 and Pakistan Army personnel are currently present on the site to assess damage and save lives.

Rescue personnel said the darkness caused delays in helping the people out as they did not have adequate machinery. However, later on the heavy machinery including cranes etc were called in to move the debris and make way for miners to be pulled out of the debris.

Miners in Pakistan work under deplorable conditions without the much-needed safety gear toiling for more than 18 hours in a single shift. The governments have shown no remorse or taken no action to force mining companies to adhere to basic guidelines before putting workers’ lives in jeopardy.

Federal Minister for Science Fawad Chaudhary called on the provincial government of Khyber Pakhtunkhwa to take necessary action and ensure those dead workers’ families are compensated and taken care of by the government.

He said: I hope the provincial government stands with the families of these labourers and not desert them during these testing times.

KP’s Mohmand district is rich in marble. Most of the labourers flock to such mines in search for easy jobs and lax paperwork. However, the government should mining contractors make sure the working conditions are up to mark.