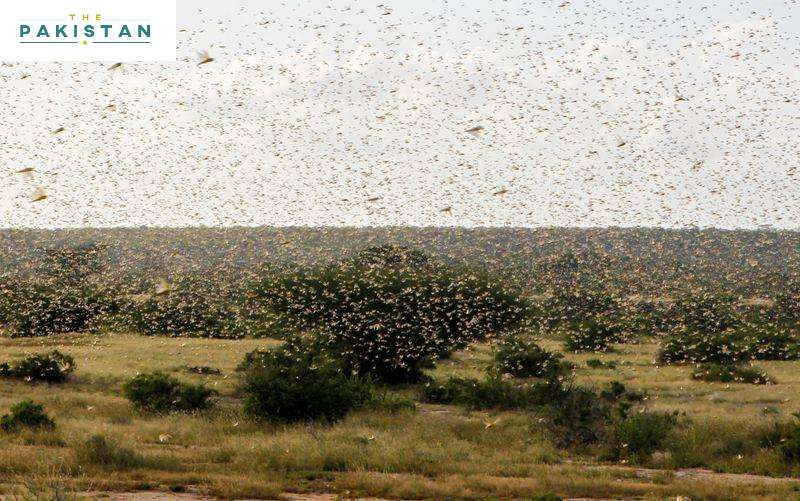 The National Locusts Control Centre (NLCC) on Friday claimed that as of August 6, no Locust was present in the province of Punjab, Balochistan & Khyber Pakhtunkhwa.

Active breeding is taking place in Tharparkar and some areas of Cholistan. The population developing in Nagarparkar is likely to fledge by mid-August. Anti-Locust Survey and Control Operations are in progress with presence of locusts found only in two districts/areas, including Tharparkar and Karachi.

It said the presence of locust swarms was reported in  Taluka Nagarparkar, District Tharparkar. Reportedly, a swarm of Locust of at least two square km entered the general area Choorio and Bharano in the morning from Indian side. The Department of Plant Protection traced the swarms, however, it went back to Indian Rajasthan due to wind. However, operation was executed on remaining locusts. In addition, hopper bands have been found in the area on which operation was also executed and the same will be resumed in the morning.

Meanwhile, the department further said that at the moment, we are now facing locusts attacks from India. This was stated by Federal Minister for National Food Security and Research, Syed Fakhar Imam while chairing the meeting of National Locusts Control Centre (NLCC) on Friday.

Right now locust, is present in only one district i.e. Tharparkar. The Foods and Agriculture Organization of the United Nations also shared its locust forecast at the meeting.

As per the forecast, in Southwest Asia, the situation has improved in Iran where few if any locust infestations remain. However, the current situation remains serious along both sides of the Indo-Pakistan border where monsoon breeding is underway by spring-bred swarms, including those returning from northern India, and substantial hatching and band formation are expected in August.