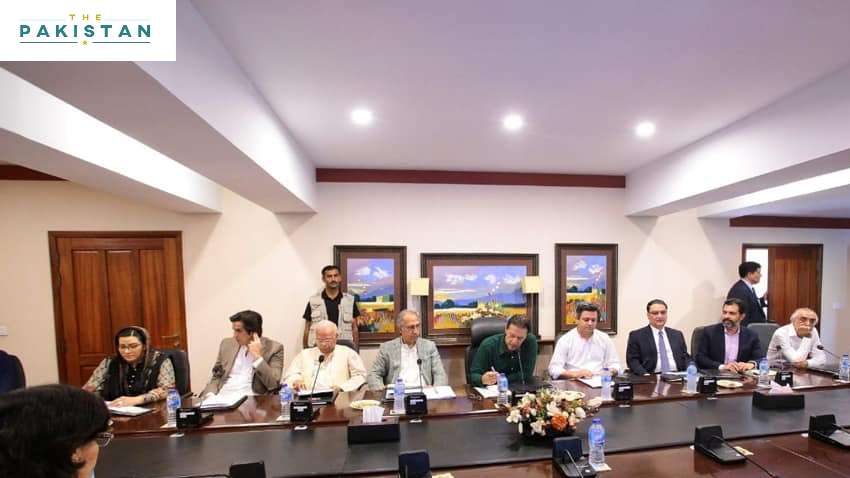 Prime Minister Imran Khan on Friday chaired a meeting of the Council of Common Interests to review various provincial matters.

The meeting considered the proposed amendment in the Oil and Gas Regulatory Authority Ordinance, 2002, as suggested by Government of Sindh. The CCI tasked the Ministry of Petroleum to explore the possibility of providing the provinces with a suitable mechanism to give their input to the regulatory body, said a press release issued by the government..

The meeting considered the request of the Government of Punjab for handing over control of the lower portion of Chashma Right Bank Canal from the Ministry of Water Resources to the Government of the Punjab. Agreeing to the proposal, the CCI constituted a committee comprising representatives of Indus River System Authority.

The CCI also deliberated upon the future role and functioning of the National Commission for Human Development and Basic Education Community Schools. It was decided, in principle, to transfer the existing NCHD and BECS schools, teachers and students from the Ministry of Federal Education & Professional Training to Education Departments of respective Provinces/Regions.

The process will be completed before closing of the current financial year. The CCI directed that the Ministry of Federal Education & Professional Training, in consultation with provinces, shall formulate a transition and integration plan which will be presented during the next CCI meeting.

Moreover, the strategy to combat Covid-19 was presented before the CCI. The meeting appreciated the strategy adopted by the Government to combat pandemic.

Discussing the issue of sharing of Windfall Levy, it was decided that 50 percent share of the receipts, collected under the head Windfall Levy on Crude oil, condensate & natural gas under Petroleum Policy, 2012, will be shared with the concerned province.

The meeting approved placement of Annual Reports for the Years 2017-18, 2018-19, 2019-20 before the Senate and National Assembly. Implementation status of decisions of the 41st meeting of CCI was reviewed during the meeting.

Discussing recommendations of the Attorney General for Pakistan on Water Accord 1991, the CCI was informed that a committee comprising technical experts of federal and provincial governments has been notified to look into the issue of fair distribution of water among provinces.