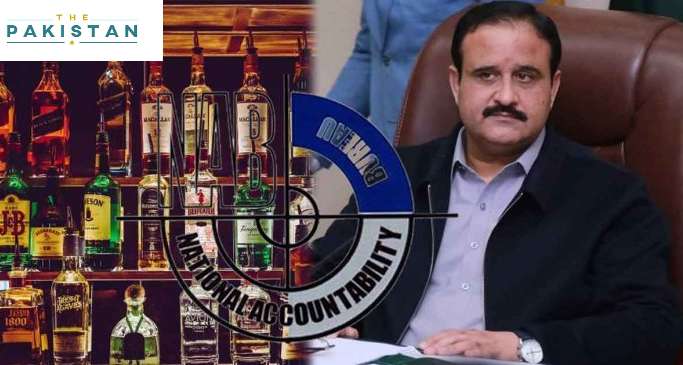 Chief Minister Usman Buzdar was summoned by the National Accountability Bureau on Friday for granting a liquor license to a hotel after receiving Rs50 million in bribe from that hotel’s owner.

Buzdar has been summoned by the NAB to appear at its Thokar Niaz Baig headquarters on August 12.

CM Buzdar has been under immense fire and criticism from almost all quarters of the country for his failure to govern the country’s most populated province. However, despite the criticism, PM Imran Khan recently and repeatedly said that he stands behind his selection of Buzdar as the CM Punjab.

The NAB alleges that the CM was reportedly involved in misusing his authority to ensure an under-construction hotel at the Lahore Airport was awarded a liquor license. The bureau further alleges that the hotel had applied for the license from the Excise and Taxation Department without filing the necessary paperwork with the Department of Tourist Services, Punjab.

As per the applicable laws, a hotel can only be allowed a liquor license if it has 4-5 star rating.

According to sources, who spoke with local daily Dawn newspaper, “the most glaring aspect of this violation is that the Excise and Taxation Department had referred the matter to CM Buzdar terming the approval against the CM Policy 2009 but it (department) was ordered (by the CM office) to issue the licence to the hotel in question whose owner happens to be an influential person.”

Meanwhile, it also added that despite having the knowledge about the sensitivity of the matter, as highlighted by the department concerned time and again, the chief minister’s office willfully failed to exercise lawful authority to prevent the issuance of illegal L-2 licence to the hotel, the source said to the local daily Dawn newspaper.

Moreover, a sum of Rs50 million had also been given to a relative of Buzdar to secure the license.

Meanwhile, PPP’s Bilawal Zardari called the NAB investigation a sham and asked the authorities to investigate other mega corruption scandals under Buzdar’s leadership.